PARIS, Jan. 10 (Xinhua) -- All parties must respect the 2015 Iran nuclear deal and resort to diplomacy and negotiations when resolving the latest Middle East tensions, the French foreign minister said on Friday. 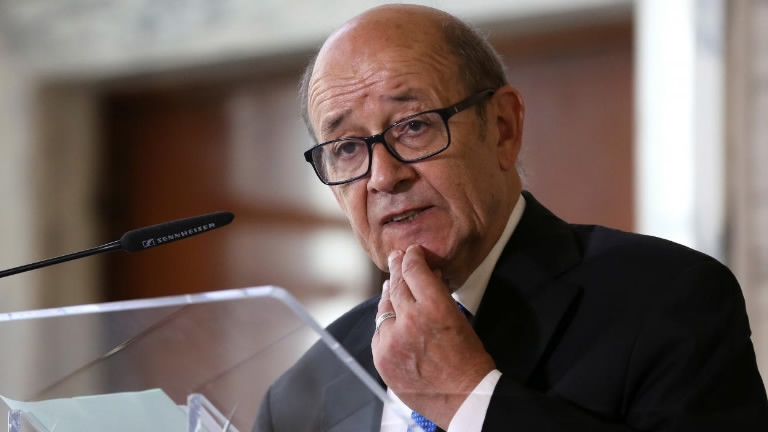 "The best way (to defuse tensions) is diplomacy, negotiations and respect of (the) agreement," said Jean-Yves Le Drian, French Minister of Europe and Foreign Affairs.

The agreement, or the Joint Comprehensive Plan of Action (JCPoA), was reached in 2015 between Iran and the P5+1 (permanent members of the United Nations Security Council -- the United States, the United Kingdom, Russia, France, and China, plus Germany) and the European Union. Tehran agreed to roll back parts of its nuclear weapons program in exchange for decreased economic sanctions.

One year after U.S. President Donald Trump announced the United States' withdrawal from the agreement, Iran said in May 2019 that it would scale back its nuclear commitments in response.

Tensions between the two nations flared after the United States killed one of Iran's key military commanders, Qassem Soleimani, in an air strike in Iraq early this month.

In retaliation for his death, Tehran threatened that it would not respect any limits put down in the 2015 nuclear deal, which includes a restriction in nuclear research and development activities and limits on its number of uranium enrichment centrifuges.

Le Drian reiterated France's commitment to the JCPoA, which he called "an accord of security for everyone" even if "it's not sufficient."

EU foreign ministers will hold an emergency meeting later in the day in Brussels to discuss how to avoid confrontations between Washington and Tehran and a nuclear proliferation crisis.