WORLD Iran nuclear deal not perfect but better than no agreement: Merkel

Iran nuclear deal not perfect but better than no agreement: Merkel

MOSCOW, May 18 (Xinhua) -- The European Union (EU) has no intention to abandon the Iran nuclear deal after the US withdrawal from it, visiting German Chancellor Angela Merkel said Friday. 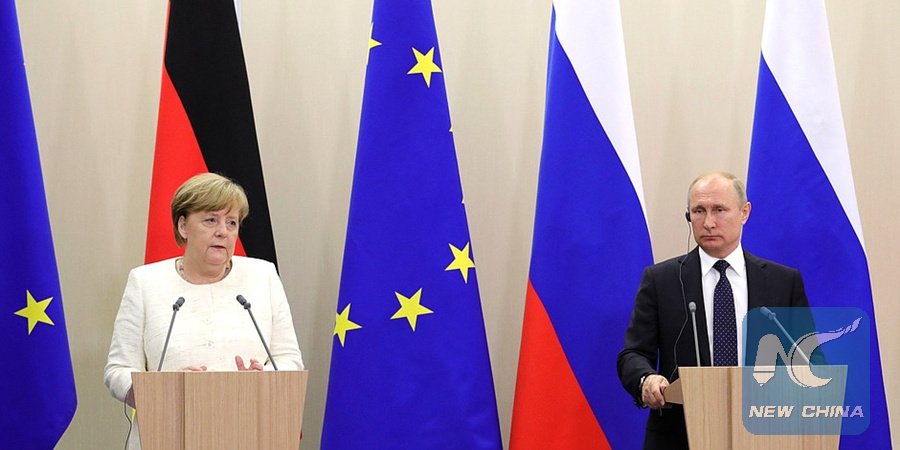 "Although this agreement is not perfect, it is better than no agreement," Merkel said at a televised press conference after talks with Russian President Vladimir Putin in the Black Sea resort of Sochi.

"Germany, Britain, France and all our colleagues in the EU support this deal and we intend to stick to it in the future," she said.

Merkel said the Iran nuclear deal was one of the main topics she discussed with Putin and that they were "united" in supporting continued talks with Iran on its nuclear and ballistic missile programs.

The German leader also said the EU is discussing measures aimed at cushioning the effects of possible US sanctions against European entities cooperating with Iran.

"But no one has to nurture illusions that the compensations will be huge. These are economic decisions and the companies have to make their own choice," she said.

The Iran nuclear deal, formally called the Joint Comprehensive Plan of Action, was signed in 2015 by Iran, Russia, the United States, Britain, China, France and Germany.

On May 8, US President Donald Trump said his country would withdraw from the deal alleging that it has failed to prevent Iran from developing nuclear weapons or supporting terrorism in the region.