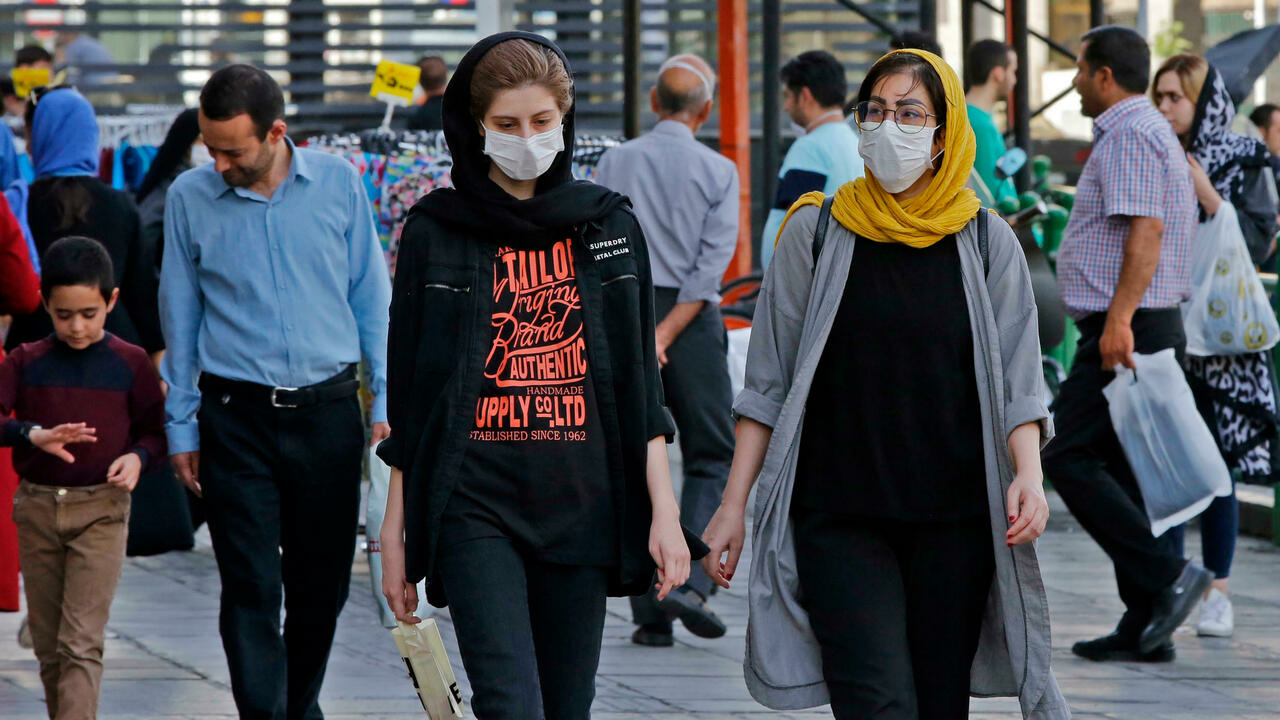 Iran registered 39,619 new infections in the 24 hours to Sunday, taking the total since the pandemic started to 4,158,729, the ministry said

During that same period it recorded 542 deaths, taking the total number of fatalities to 94,015, it added.

But Iran remains the Middle East country worst hit by the pandemic.

Covid infections have been surging since late June, in what officials have warned is a "fifth wave" caused by the highly infectious Delta variant.

Daily infections have hit several records over the past few weeks.

The previous recorded high for fatalities was 496, registered on April 26, at the height of the Islamic republic's previous wave.

Iran's state television said hospitals across the country were facing a "crisis" and described the health situation as bleak.

"Although the vaccination pace has been accelerating, the observation of health protocols has dropped significantly," it said.

Iran has pinned its hopes on vaccinations to help with the health crisis.

But the innoculation campaign launced in February has progressed more slowly than authorities had planned.

Choked by US sanctions that have made it difficult to transfer money abroad, Iran says it is struggling to import vaccines for its 83 million population.

More than 12.5 million people have been given a first vaccine does, but only 3.7 million have received the necessary two jabs, the health ministry said on Sunday.

Iran's new President Ebrahim Raisi said Saturday that a "plan to transform the way to confront the coronavirus" was to be reviewed next week. He did not give any details.

Chairing a Covid taskforce meeting, he also vowed to "support domestic vaccine production" while "not hesitating" to import jabs from abroad.

The authorities have approved the emergency use of two locally produced vaccines, with the only mass-produced one, COVIran Barekat, still in short supply.

Iran has avoided imposing a full lockdown on the population, and instead resorted to piecemeal measures such as temporary travel bans and business closures.

Outgoing health minister Saeed Namaki has suggested a two-week shutdown to help contain the spread of the virus.