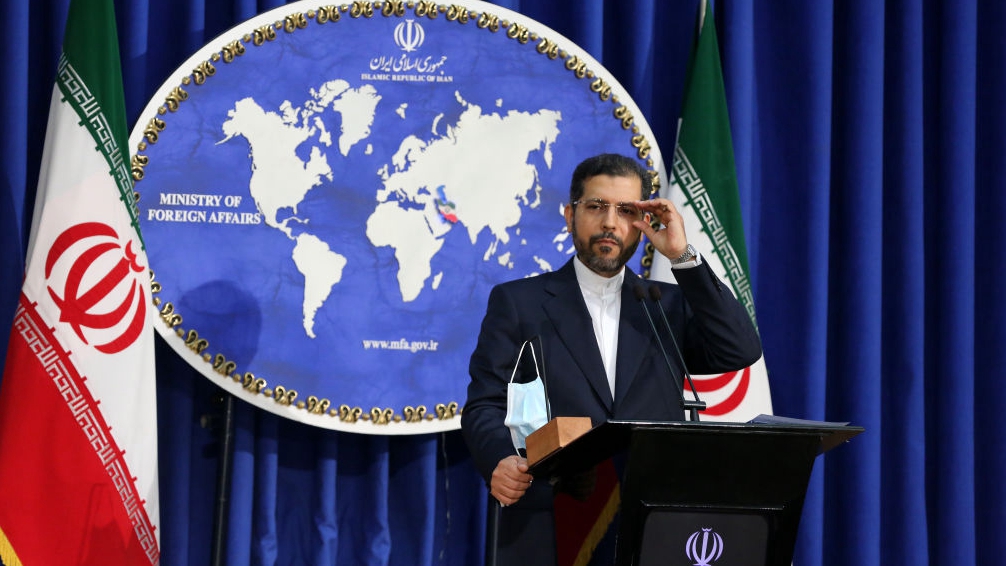 The full removal of U.S. sanctions against Iran will be on the agenda of a meeting scheduled for Tuesday in Vienna, Iranian Foreign Ministry spokesman Saeed Khatibzadeh said on Monday.

Parties to the Iran nuclear deal have agreed to convene in Austria on Tuesday to discuss ways to bring the deal back to life.

"The path is clear. All U.S. sanctions must be removed at once," Khatibzadeh said during his press conference.

After Iran verifies U.S. sanction removal measures, it will be ready to reverse its measures pertaining to the suspension of its commitments taken because of the opposite sides' violation of the deal, he added.

The spokesman ruled out any plan for the step-by-step removal of anti-Iran sanctions by the United States.

Besides, the discussions in the Vienna meeting would be around the fulfillment of obligations by the other parties to the deal to safeguard Iran's agreement interests, Khatibzadeh added.