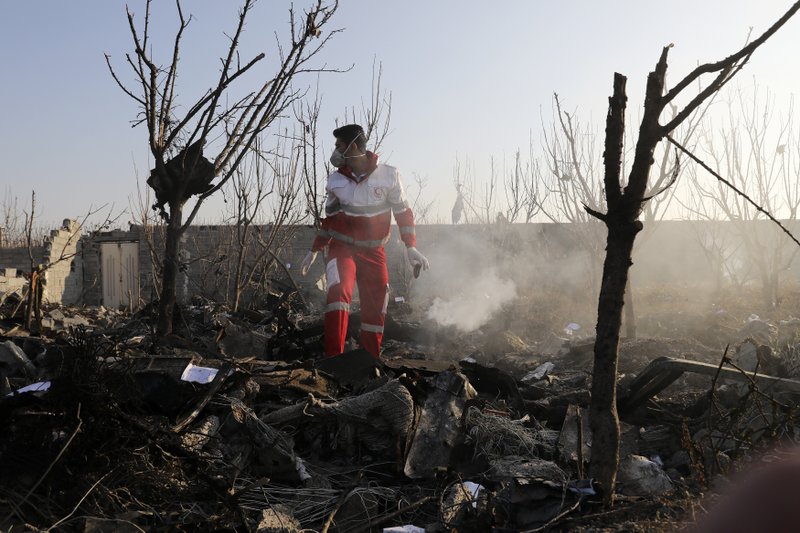 TEHRAN, Jan. 9 (Xinhua) -- Iran on Thursday released a preliminary report about the Ukrainian Boeing 737 passenger plane which crashed in capital Tehran's Parand suburb on Wednesday with all people on board killed.

According to Ali Abedzadeh, the chief of Iran's Aviation Organization, the black boxes of the plane have been damaged. Besides, physical damage on the memories of both equipment are visible.

Iran has invited representatives of Ukraine and relevant countries for evaluations on the accident, Abedzadeh was quoted as saying by Khabaronline news website.

He said that on Wednesday after the plane ascended to 8,000 feet high, it disappeared from the radar and then crashed.

The Iranian official said that no radio message of "unusual condition" has been received from the pilot.

Abedzadeh said that the locals saw the blaze erupting from the plane before it crashed.

The direction of the crash shows that after the pilot found the problem, he changed the direction and returned to the airport, the official noted.

There were 176 people on board the Ukrainian plane, including 167 passengers and nine crew members, Abedzadeh said.

On Wednesday, Iranian media released different figures about the people on board the crashed plane.