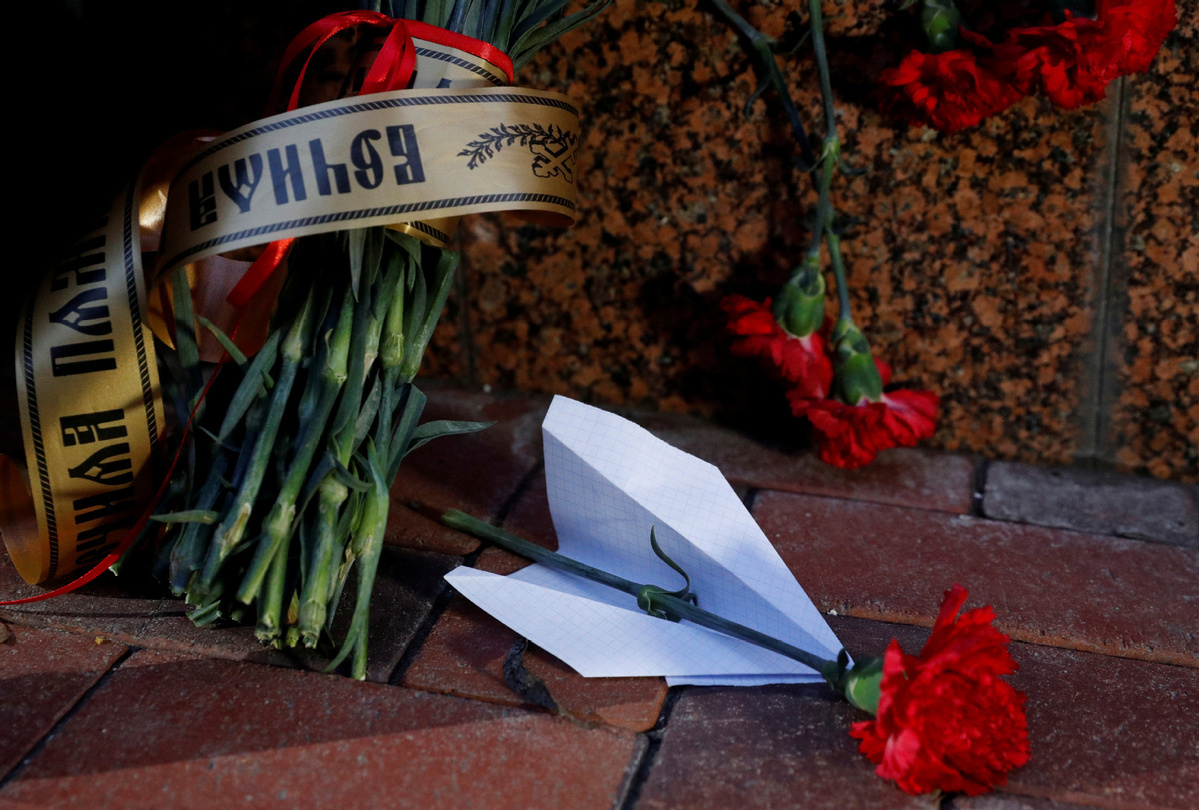 Flowers and a paper plane are placed outside the Iranian Embassy to commemorate the victims of the Ukraine International Airlines flight PS752 plane crash, in Kiev, Ukraine, January 8, 2020. (Photo: Agencies)

According to the data extracted from the jetliner's flight recorders, all the plane's parameters were normal until the impact of a first missile at 6:14:56 am (Tehran time), Touraj Dehghani Zangeneh said.

After the impact, the black box inside the flight cabin continued to record the voices of four people of the crew who noticed the situation was "abnormal" and tried to retake control of the aircraft.

The recording stopped 19 seconds later, before a second missile was shot and arrived near the aircraft, 25 seconds after the first strike.

Because the first missile explosion sent shrapnel into the plane, disrupting both the CVR and FBR aircraft's black boxes, it is not possible to analyze the activity and effects of the second missile, Dehghani added.

The data were extracted in France by French technicians between July 17 and 24, in presence of representatives of the United States, Ukraine, Canada, the United Kingdom, and Sweden, without technical difficulties.

Dehghani Zangeneh thanked the French Civil Aviation Bureau of Investigation and Analysis for its cooperation.

The Ukraine PS752 flight was hit by Iranian missiles after taking off in Tehran's airspace on Jan. 8, killing all 176 people onboard. Iran said that its forces "accidentally" shot down the plane.