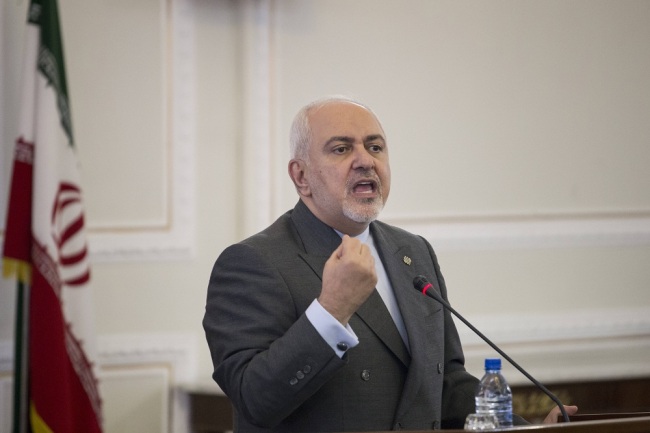 "France has offered proposals to Iran about ways to implement the Iranian nuclear deal, officially known as the Joint Comprehensive Plan of Action (JCPOA) and steps that the sides are required to take" to save the deal, Zarif said after his talks with the French president in Paris on Friday.

Iran has also presented proposals so that the JCPOA would be implemented completely, Zarif was quoted as saying.

Iran and the five permanent members of the United Nations Security Council, the United States, France, Britain, Russia and China, plus Germany signed the nuclear agreement on July 14, 2015. However, the United States pulled Washington out of the deal last year and re-imposed sanctions on Tehran, which had been lifted under the accord.

In reaction, Iran also dropped parts of its obligation to the deal recently and threatened to do more.

Zarif said Friday that the outcome of his meeting with the French president depends on the European Union's efforts to fulfill its obligations under the JCPOA to save Iran's interests.

"We will continue talks. Contacts between Macron and Rouhani will be continued," Zarif added.