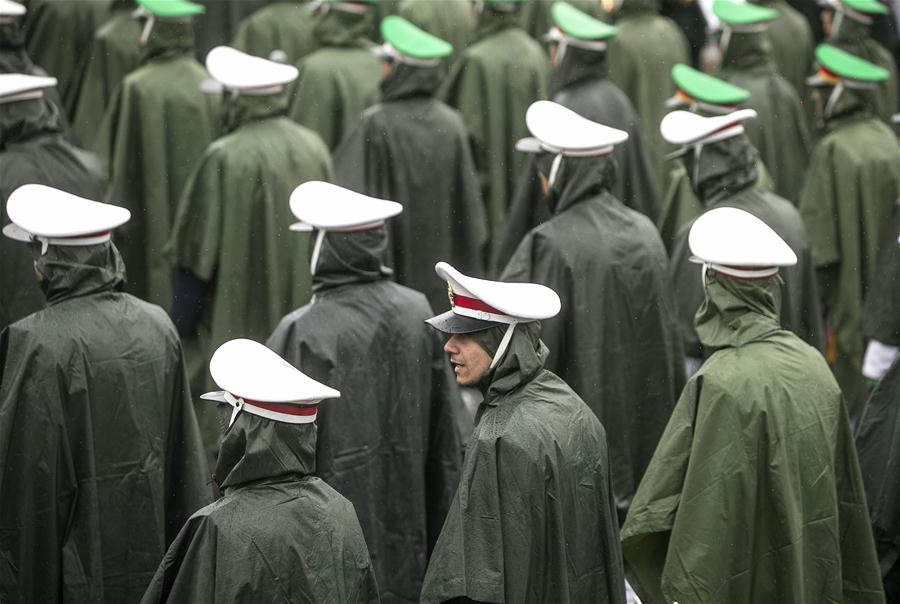 Iranian soldiers attend a large gathering on the 40th anniversary of the Islamic Revolution at Azadi Square in Tehran, Iran, on Feb. 11, 2019. (Photo: Xinhua)

TEHRAN, Feb. 11 (Xinhua) -- A senior commander of Iran's Islamic Revolutionary Guards Corps (IRGC) said on Monday that the US and its allies must leave the region, Press TV reported.

"The enemy should not ask us to leave the region. They themselves must leave the region," Brigadier General Hossein Salami, the IRGC's second-in-command, was quoted as saying.

"They want Iran to leave the region to clear the way for their dominance and allow them once again to control our borders to be able to create problems for the Iran," Salami said.

US Secretary of State Mike Pompeo in January threatened to "expel" all Iranian forces from Syria.

Iran has insisted that its military presence in Syria is an advisory mission at the request of the Syrian government.