WORLD Iran's Khamenei: Negotiations with US useless, but should continue with EU

Iran's Khamenei: Negotiations with US useless, but should continue with EU 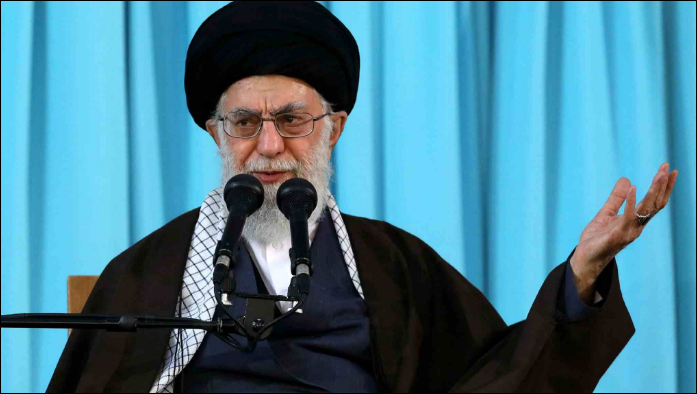 Iran's supreme leader Ayatollah Ali Khamenei said Saturday that negotiations with the US are "useless" because it does not abide by agreements, adding that talks with the Europeans should continue.

'Obvious mistake' to talk with US

Khamenei said it would be an "obvious mistake" to negotiate with the US as Washington was unreliable.

"The word and even the signature of the Americans cannot be relied upon, so negotiations with America are of no avail," Khamenei said at a meeting with Foreign Ministry officials.

"The idea that problems can be resolved through negotiations or relations with the United States is a major error," he added.

Having withdrawn from the landmark 2015 nuclear deal between Tehran and world powers, Washington is determined to isolate Iran and pile on economic pressure with a full reimposition of sanctions, starting in August.

Europe opposes the move and has vowed to find ways of maintaining its trade ties with Iran, which under the deal curbed its nuclear program in exchange for a lifting of sanctions.

Negotiations with EU must continue

With the Europeans, talks should continue to guarantee Iran's interests under the 2015 nuclear deal which the bloc wants to preserve despite Washington's withdrawal in May, reports said.

"Negotiations with the Europeans must continue, but we must not wait for their offer indefinitely," Khamenei said, noting that Iranians should not wait too long for a European package and instead, they should do a lot of work inside the country.

Earlier this month, Iran said it had rejected the EU’s so-called package of proposals for the future of the 2015 nuclear deal. However, Tehran said it had returned the package for revisions.