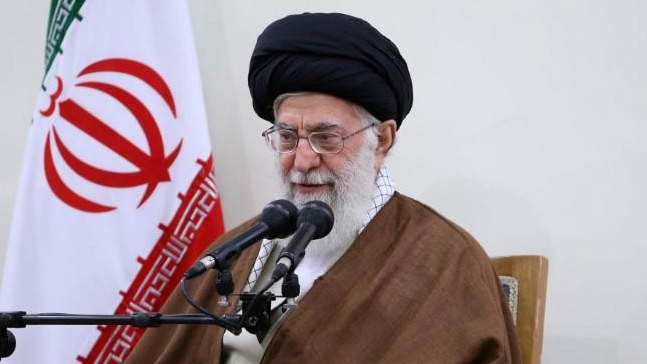 Iran's Supreme Leader Ayatollah Ali Khamenei on Tuesday accused enemies of the Islamic Republic of stirring unrest across the country as a crackdown intensified against anti-government demonstrations that began last week.

"In the events of recent days, the enemies have united and are using all their means, money, weapons, policies and security services to create problems for the Islamic Republic," Khamenei said in a statement shown on state television. "The enemy is always looking for an opportunity and any crevice to infiltrate and strike the Iranian nation."

A total of 21 people have died in five days of unrest across the country which began as protests over the economy before quickly turning against the Islamic nation as a whole. 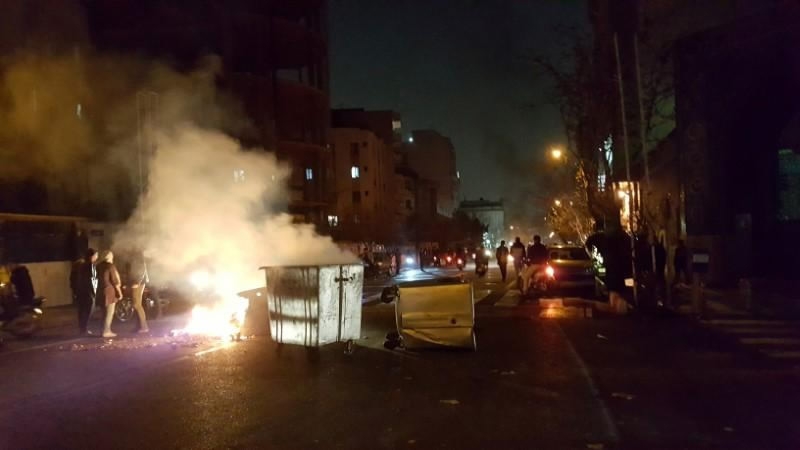 People protest in Tehran, Iran on Dec. 30, 2017 in this picture obtained from social media. /Reuters Photo

"What can stop the enemy from acting is the spirit of courage, sacrifice and faith of the people," he said, speaking to a gathering of war widows and their families.

He did not mention any enemies by name but Ali Shamkhani, the secretary of the Supreme National Security Council, said the US, Britain and Saudi Arabia were behind the recent riots in Iran.

"Saudis will receive Iran's unexpected response and they know how serious it can be," Shamkhani was quoted as saying by Tasnim news in an interview with Beirut-based Al Mayadeen TV.