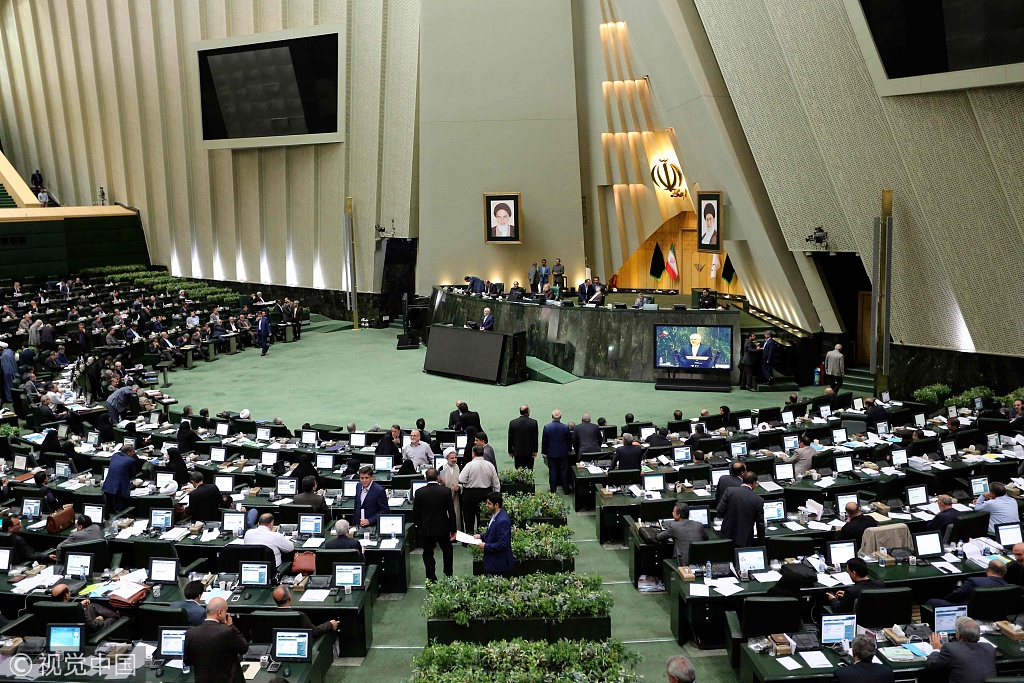 Iran's Foreign Minister Mohammad Javad Zarif delivers a speech to the parliament in Tehran on October 7, 2018, over the a bill to counter terrorist financing. (Photo: VCG)

TEHRAN, Oct. 7 (Xinhua) - Iranian lawmakers on Sunday approved a bill on Iran's accession to the Combating the Financing of Terrorism (CFT) standards set by the Financial Action Task Force (FATF).

The parliament's open session heated debate on CFT began Sunday morning in the presence of Iranian foreign minister who defended joining the convention.

The Financial Action Task Force had set a deadline for Iran until October to complete reforms that would "bring it into line with global norms or face consequences."

The United Nations treaty was adopted by its General Assembly on December 9, 1999, and is designed to criminalize financing of terrorism, in addition to promoting cooperation to prevent and investigate the financing of such acts.

CFT also involves investigating, analyzing, deterring and preventing sources of funding for activities intended to achieve political, religious or ideological goals through violence and the threat of violence against civilians.