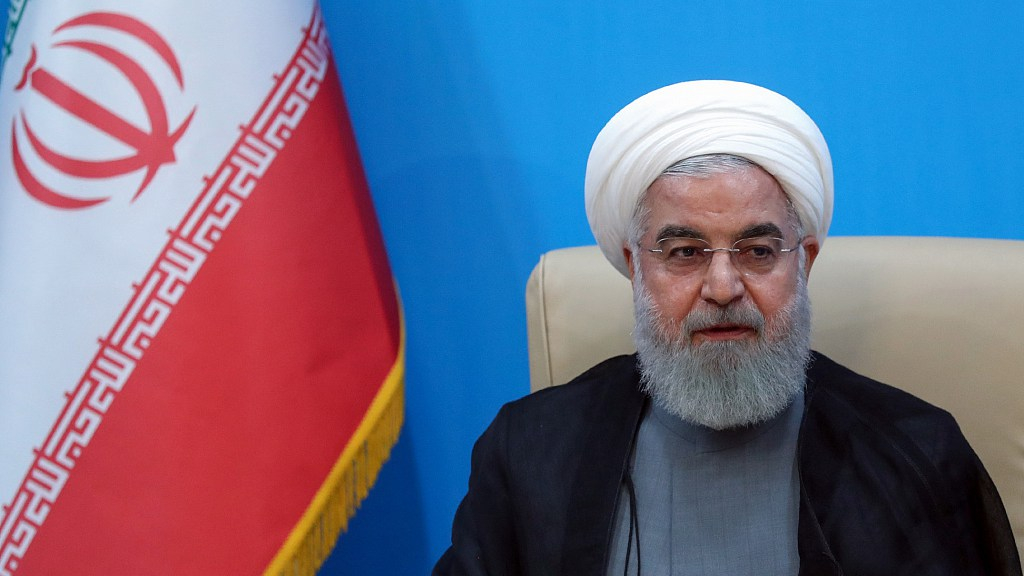 "As we have said many times, in our country's defense program, there is no place for weapons of mass destruction, including nuclear weapons, and this is a definite decision of the system," he said in a cabinet meeting in Tehran.

Rouhani said this is not a new or recent decision, because Supreme Leader Ayatollah Seyyed Ali Khamenei and late Ayatollah Akbar Hashemi Rafsanjani underlined nearly 30 years ago that Iran will not pursue nuclear weapons.

However, Iran has ever since intended to develop "peaceful nuclear technologies" as it is right as a member of the Non-Proliferation Treaty (NPT) and signatory to a safeguards agreement with the International Atomic Energy Agency (IAEA), he added.

Iran's president also reiterated that Tehran will not accept any changes in the Joint Comprehensive Plan of Action (JCPOA) agreed in 2015 after intensive works between Iran and six world powers, neither will negotiate its national defense program.

Meanwhile, Rouhani said that Iran vowed to return to compliance with the JCPOA "in a few hours" after sanctions against Iran are lifted, whether this is done step by step by both the U.S. and Iran, or in full and at once.

Regarding Iran's stated plan to stop the implementation of the IAEA's Additional Protocol next week, Rouhani said the IAEA inspections will continue on the basis of safeguards agreement, noting the IAEA Director General Rafael Grossi has made a request to travel to Iran.

In January, Iran launched 20-percent uranium enrichment process as part of Iran's Strategic Action Plan to Counter Sanctions, which was approved by parliament in December 2020.

In response to the U.S. withdrawal from the JCPOA in 2018 and re-imposition of sanctions, Iran has suspended implementing parts of its obligations under the agreement.