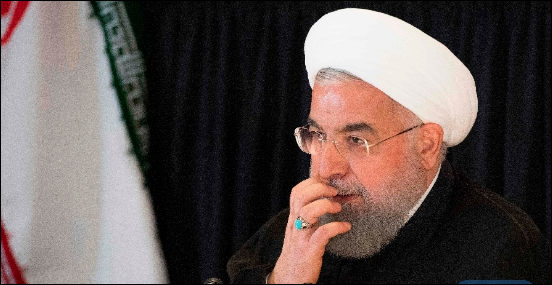 Iran's President Hassan Rouhani said Thursday that the session of the 73rd UN General Assembly and related events further exposed the US isolation in the world.

Rouhani said that US President Donald Trump's anti-Iran UN speech "did not bring any achievement" to him, the Press TV reported.

That UN Security Council meeting turned, instead, into "a strong show of support" for the 2015 multilateral nuclear deal with Iran, which the Trump administration scrapped in May, Rouhani said.

Speaking at the UN Security Council meeting on Wednesday, Trump said that the US will impose "tougher than ever" sanctions on Iran in November.

The Iranian nuclear deal was reached in Vienna in 2015 between Iran, the P5+1 (the five permanent members of the United Nations Security Council, China, France, Russia, Britain, the United States, plus Germany).

In May, Trump announced Washington's withdrawal from the landmark Iranian nuclear deal. Since then, the Trump administration has reimposed sanctions on Iran, while vowing to apply more in November.

In response, EU foreign affairs and security policy chief Federica Mogherini said on Monday that the EU will set up a legal entity to facilitate legitimate financial transactions with Iran in light of the US sanctions.

The legal entity will allow European companies to continue to trade with Iran in accordance with the EU law and could be open to other partners in the world, Mogherini said.

On Tuesday, Rouhani blasted the US-led sanctions against his country as "economic terrorism."

"World security is under threat by some states' recklessness and disregard of international values and institutions," Rouhani made the remarks during the general debate of the 73rd UN General Assembly.