Iran's ultraconservative President Ebrahim Raisi said Saturday his government will prioritise tackling Covid and accelerating vaccinations ahead of an economic revival, as he defended his cabinet choices before parliament. 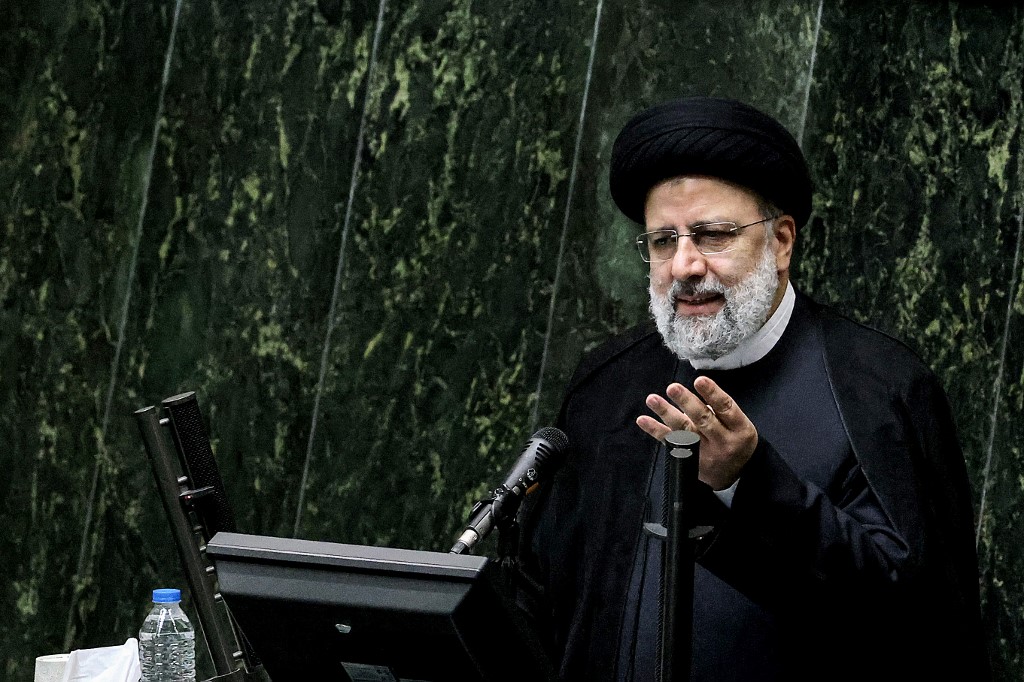 Iran's President Ebrahim Raisi speaks before parliament to defend his cabinet selection in the capital Tehran on August 21, 2021.

The conservative-dominated parliament began debating the male-only, largely conservative lineup in the morning ahead of a vote of confidence expected later this week.

"The economy and the livelihood situation is the second" priority, he added, noting that his lineup is meant to bring about "justice and progress".

Since late June, Iran has seen what officials have called a "fifth wave" of Covid-19 infections, the country's worst yet, which they have largely blamed on the more contagious Delta variant of the virus.

Daily infections and deaths have hit record highs several times this month, raising total cases since the pandemic started to over 4.5 million and fatalities to more than 100,000.

Iran, battling the Middle East's deadliest Covid outbreak, launched a vaccination drive in February but it has progressed slower than authorities had hoped.

Choked by US sanctions that have made it difficult to transfer money abroad, Iran says it has struggled to import vaccines.

He defended his pick as "a figure who can rally forces in the fight against coronavirus".

Eynollahi was named by local media as a signatory of a January open letter that warned former president Hassan Rouhani against importing vaccines made by the United States, Britain and France, as they may cause "unknown and irreversible complications".

Iran's Supreme Leader Ayatollah Ali Khamenei had in the same month banned the use of vaccines made by the US and Britain, calling them "completely untrustworthy".

More than 16.3 million people out of the country's 83 million inhabitants have been given a first vaccine dose, but only 5.4 million have received the second, the health ministry said Friday.