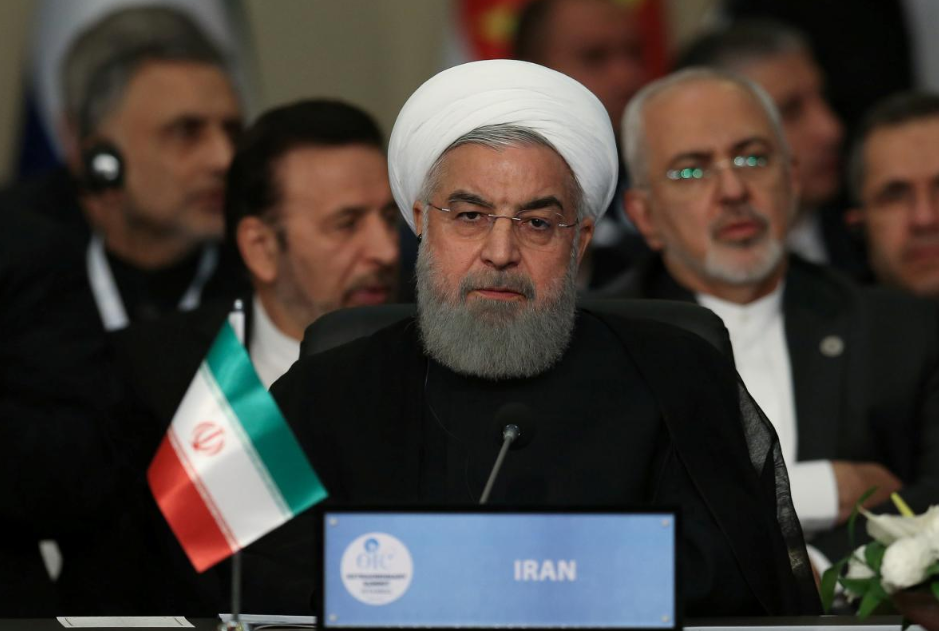 Iranian President Hassan Rouhani warned world powers on Tuesday that it was impossible for Tehran to stay in the nuclear deal if it cannot benefit from the accord after the US withdrawal.In a call with French President Emmanuel Macron, Rouhani said he was satisfied with Europe’s stance, especially French efforts to salvage the 2015 deal, but that “such statements should be combined with actions and tangible measures”.“If Iran cannot benefit from the (nuclear) deal, then it’s practically impossible to stay in the accord,” Rouhani was quoted by state news agency IRNA as saying in a phone call with the French president.The pact between Iran and world powers lifted international sanctions on Tehran. In return, Iran scaled back its nuclear activities, increasing the time it would need to produce an atom bomb if it chose to do so, a goal it denies having.

Since President Donald Trump withdrew the United States in May, calling the accord flawed, European signatories - France, Britain and Germany - have been scrambling to ensure Iran retains enough economic benefits to persuade it not to pull out.

Macron’s office said he had told Rouhani in the same telephone call that France remained committed to the nuclear deal but Tehran needed to fully comply with its commitments.

“The President of the Republic recalled the will of France, Britain, Germany, Russia and China, to continue to implement the Vienna agreement in all its dimensions,” Macron’s office said.

“The president informed President Rouhani of the progress in the work being done on our side. He hoped that Iran, for its part, will fulfill its obligations without any ambiguity.”

Macron’s office confirmed a previously agreed ministerial meeting between all the remaining signatories of the deal, the European powers, China and Russia, would be held in the coming weeks in Vienna.

French diplomatic sources said the meeting was likely to take place during the week of June 25.