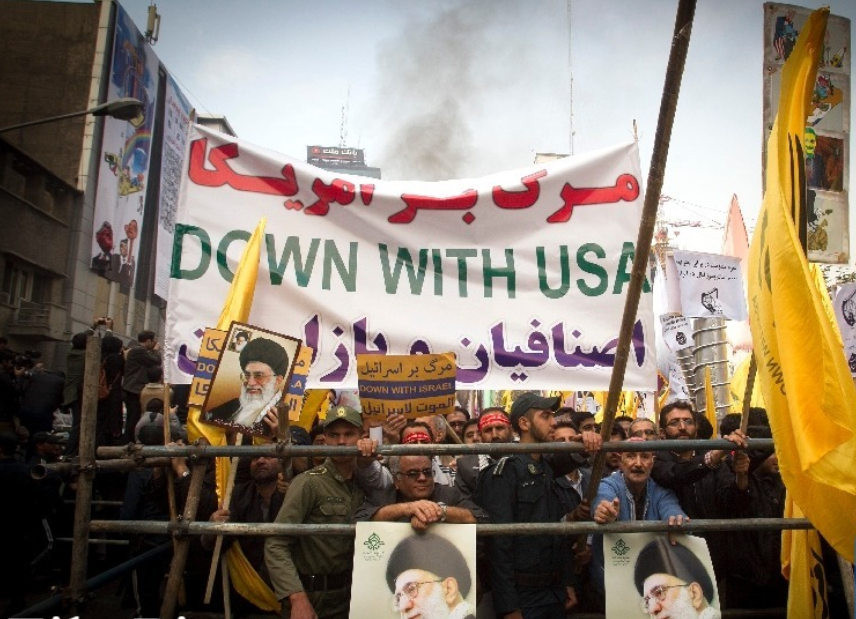 Iranian demonstrators take part in a rally marking the 34th anniversary of the seizure of the US Embassy outside the former US embassy in downtown Tehran, capital of Iran, on Nov. 4, 2013. (Photo: Xinhua)

"With Iran's support to Syria, Iraq, Lebanon, Palestine and Yemen, the enemies could not succeed in their plots," Rouhani told a large gathering at Azadi Square in Iran's capital Tehran on the anniversary of the Islamic Revolution.

Some non-regional powers are planning to leave the region for the same reason, he said, alluding to the recent US decision to pull its forces out of Syria.

"The advancements in military power of Iran over the past 40 years, particularly during the past five years, have astonished the world," the Iranian president noted.

Hundreds of thousands of Iranians attended nationwide rallies on Monday to celebrate the 40th anniversary of the victory of the Islamic Revolution, which toppled the US-backed Shah regime of Mohammad Reza Pahlavi, an event seen as a turning point in Iran's history.