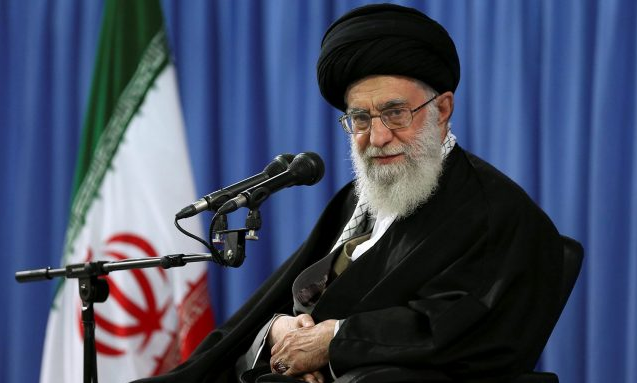 Iran's supreme leader blamed the country's "enemies" on Tuesday for days of unrest that have seen 21 killed and hundreds arrested in the biggest test for the Islamic regime in years.

The foreign ministry in Tehran also lashed out at US President Donald Trump after his latest Twitter attack on the Iranian authorities over the protests, insisting he should focus on "homeless and hungry people" in his own country.

In a speech carried on state television Ayatollah Ali Khamenei broke his silence on the protests for the first time since they erupted last Thursday.

"The enemies have united and are using all their means, money, weapons, policies and security services to create problems for the Islamic regime," the supreme leader said.

"The enemy is always looking for an opportunity and any crevice to infiltrate and strike the Iranian nation."

A fifth night of unrest Monday to Tuesday saw six protesters killed during an attack on a police station in Qahderijan in the central province of Isfahan, state TV said Tuesday.

At least three other towns near the cultural hub of Isfahan also saw violence overnight, causing the deaths of a young member of the Revolutionary Guards, a policeman and a bystander.

The estimated death toll is now 21 since protests began in second city Mashhad and quickly spread to become the biggest challenge to the Islamic regime since mass demonstrations in 2009.

As violence has grown, authorities have stepped up arrests, with at least 450 people detained in Tehran since Saturday and 100 more around Isfahan on Monday, officials told local media.