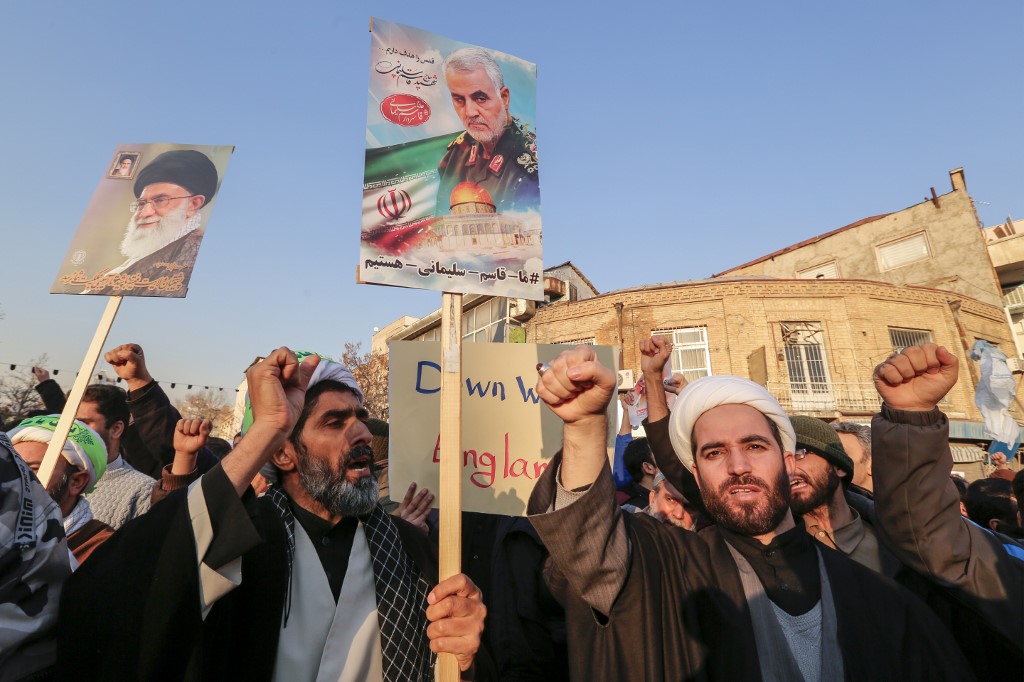 During his Friday prayers sermon, Khamenei said the Americans could not face Soleimani in the battlefield and hit him "furtively."

In revenge, Iran's Islamic Revolution Guards Corps (IRGC)'s missiles shower on the U.S. bases in Iraq was also a military "strike" on the U.S. as the superpower, he said.

Besides, the huge turnout of the Iranians and regional people in Soleimani's funeral ceremony was a "disgrace" for the United States, Khamenei said.

"The Iranians as well as the people of regional countries praised Soleimani and set ablaze the U.S. and Israeli flags," he said.

On the funeral ceremony of Soleimani, millions of Iranians displayed their "allegiance" once again to the Islamic republic, he added.

The Iranian leader noted that "Soleimani was an anti-terror commander, who is acknowledged by the people of many countries."

Earlier this month, U.S. airstrike near Baghdad international airport assassinated Soleimani and in retaliation, the IRGC launched multiple missile attacks on the U.S. bases in Iraq.

Khamenei also slammed the recent move by Britain, France and Germany (E3) to trigger dispute resolution mechanism in the 2015 nuclear deal with Iran.

The Iranian authorities should not have trusted these European countries in the nuclear talks as "their negotiations are seasoned with deception," said Khamenei.

Speaking of the recent Ukrainian passenger plane crash, Khamenei called on the Iran's authorities to investigate "the painful crash," adding "it is necessary to seriously prevent the repetition of such disastrous incidents," while condoling the families of the victims.

The Iranian leader also said that the "Iranian enemies" used the passenger plane crash to "tempt and provoke" anti-government sentiments and to undermine the assassination of the Iranian senior commander by the United States.

On Jan. 8, a Ukrainian Boeing 737-800 passenger plane crashed near Tehran, and all of the 176 people on-board were killed. The incident coincided with Iran's missile attack on the U.S. military base in Iraq.

Later, Iran's armed forces confirmed that an "unintentional" launch of a military missile by the country shot down the Ukrainian airliner.