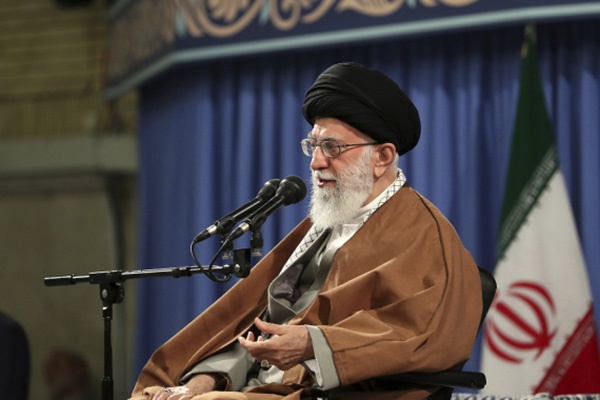 Khamenei said that the mission of Soleimani and "resistance" will not stop by his death.

All should know that "the resistance movement will continue more strongly, and a definite victory awaits those who fight in this auspicious path."

The criminals who shed the blood of General Soleimani and his companions "should await a tough revenge," he said.

On Friday, IRGC confirmed in a statement that Soleimani has been killed in an airstrike at Baghdad's international airport.

General Soleimani "was killed today in the air raid of U.S. helicopters," according to the statement.

Also, U.S. Defense Department said it conducted the attack at President Donald Trump's direction as a "defensive action" against Soleimani, who it said was planning further attacks on American diplomats and service members in Iraq.