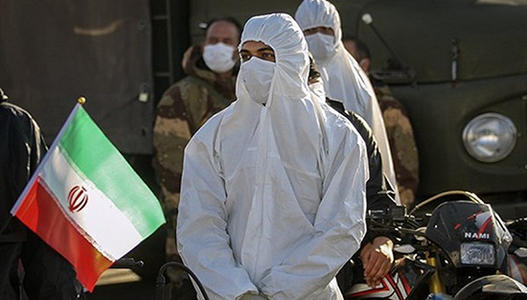 Iraq on Wednesday reported 4,357 new COVID-19 cases, bringing the nationwide infections to 303,059. It also confirmed 82 new deaths from the infectious disease, taking the death toll to 8,248.

Iraqi health ministry's officials warned that the upcoming two months will be crucial to the spread of the pandemic.

Abdul Ghani al-Saadi, head of the ministry's al-Risafa Health Department in eastern Baghdad, said that "the epidemiological situation is still unstable in Iraq and the danger lies within the next two months."

Al-Saadi highlighted the importance of "preparing for a new wave of the pandemic due to climate fluctuations that are likely to lead to an increase in infections."

The United Arab Emirates on Wednesday announced 842 new COVID-19 cases, bringing the total confirmed cases in the country to 81,782. It also confirmed one more death, pushing the country's death toll to 402.

Kuwait on Wednesday reported 698 new COVID-19 cases and three more deaths, raising the tally of infections to 96,999 and the death toll to 571.

The Qatari health ministry on Wednesday announced 235 new COVID-19 infections, raising the total number of confirmed cases in the Gulf state to 122,449, while the fatalities remained 208 with no new death reported.

The Omani health ministry announced 536 new COVID-19 infections, raising the total number of confirmed cases in the sultanate to 91,196, while eight deaths were reported, raising the tally to 805.