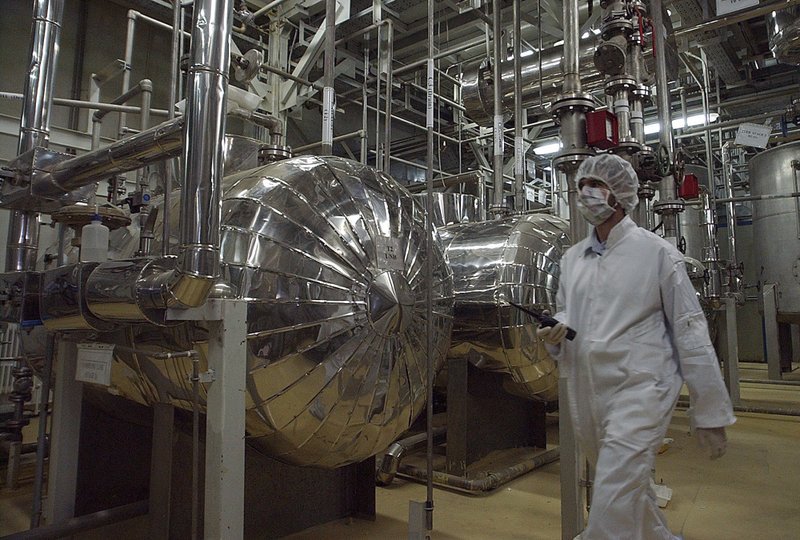 In this March 30, 2005 file photo, an Iranian security official in protective clothing walks through part of the Uranium Conversion Facility just outside the city of Isfahan, Iran. (Photo: AP)

"We will make the secondary part of the Arak heavy water reactor facility operational as early as the next three weeks," Salehi was quoted as saying by Press TV.

"The reactor consists of primary and secondary sections whereby an overwhelming part of (nuclear) processes is done in the latter," Salehi said without elaboration.

In July, Salehi said that the international work on the redesign of Iran's Arak heavy water reactor has "picked up pace" after a pause.

"The joint committee tasked with redesigning the Arak heavy water reactor facility ... is performing its job well," Salehi said, adding that "We are consequently satisfied with the project's progress because the reactor's reconstruction has picked up pace after being delayed for several months," he added.