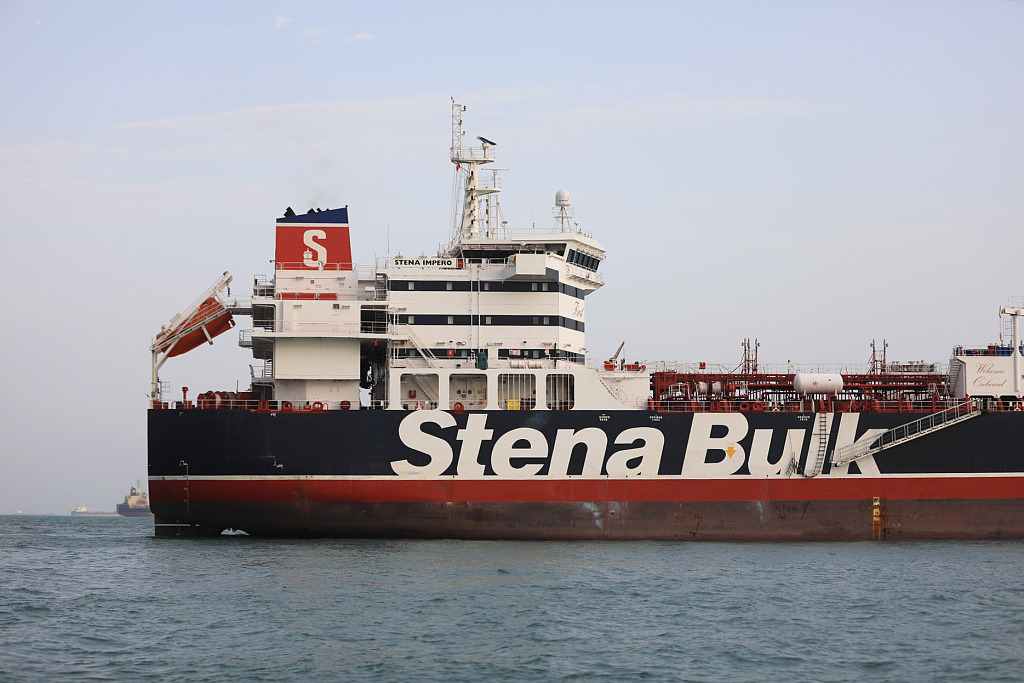 Pictures from the semi-official Tasnim news agency show the Stena Impero being seized and detained between July 19 and July 21, 2019 in Bandar Abbas, Iran. (File photo: VCG)

The authorities of the two sides have exchanged documents to pave the way for the release of the Iranian vessel, Jalil Eslami, the organization's deputy head, was quoted as saying.

London had shown willingness to resolve the dispute, Eslami said.

"We hope the problem will be resolved in the near future and the ship can continue sailing with the flag of Iran," he added.

On July 19, Iran's Islamic Revolution Guards Corps seized the British oil tanker "Stena Impero" in the Strait of Hormuz for what it called "failing to respect the international maritime rules while passing through the strait."