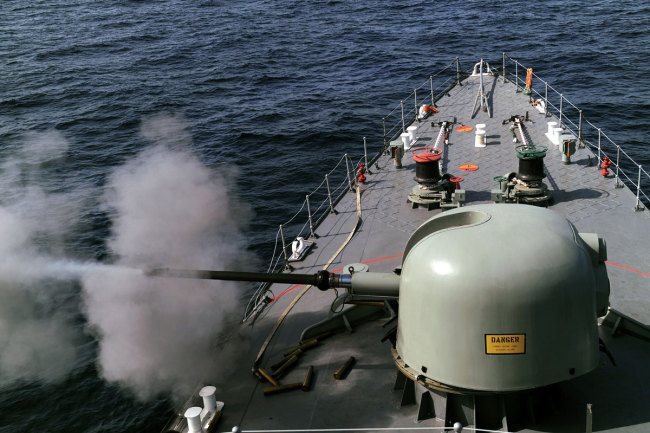 Iranian warships take part in a naval drill, Velayat-90, war game on the Sea of Oman near the Strait of Hormuz in southern Iran, December 30, 2011. (Photo: VCG)

Iran is in possession of intercontinental drones and will use them if the need for a long-haul mission arises, Iran's navy commander said on Tuesday, Press TV reported.

Hossein Khanzadi said that "we can bravely declare that we observe all enemy ships, particularly Americans, point-by-point from their origin until the moment they enter the region."

Iran's Armed Forces also possess information about the type of their missions and their conduct in the region, partly using the Iranian drones, he was quoted as saying.

Iran manufactures drones as a low-cost piece of military equipment to keep watch on the region, he said, adding that "we have this type of drones (long-range drones) and will definitely use them if necessary."