TEHRAN, April 28 (Xinhua) - Iran's top military commander said on Sunday that the Islamic republic does not intend to close the Strait of Hormuz for the international shipping. 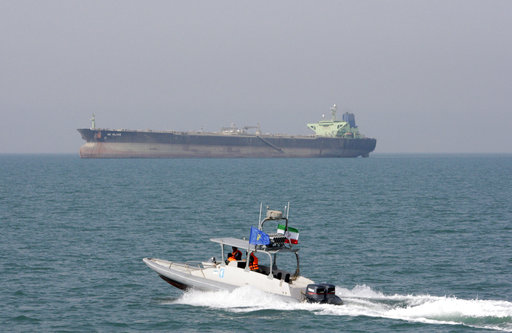 In this July 2, 2012 file photo, an Iranian Revolutionary Guard speedboat moves in the Persian Gulf while an oil tanker is seen in background. (Photo: AP)

The Iranian oil and commodities are being freighted through the strait just like the shipments of other countries, Baqeri said.

However, "if the hostility of enemies reaches a point that there is no other choice, that day, we will be fully capable of closing the strait," Baqeri said, referring to the conflict between the United States and Iran over Washington's sanctions against Tehran over its oil sales.

"If our oil is not to be shipped over through the Strait of Hormuz, then the oil of others will not go through the strait either," he pointed out.