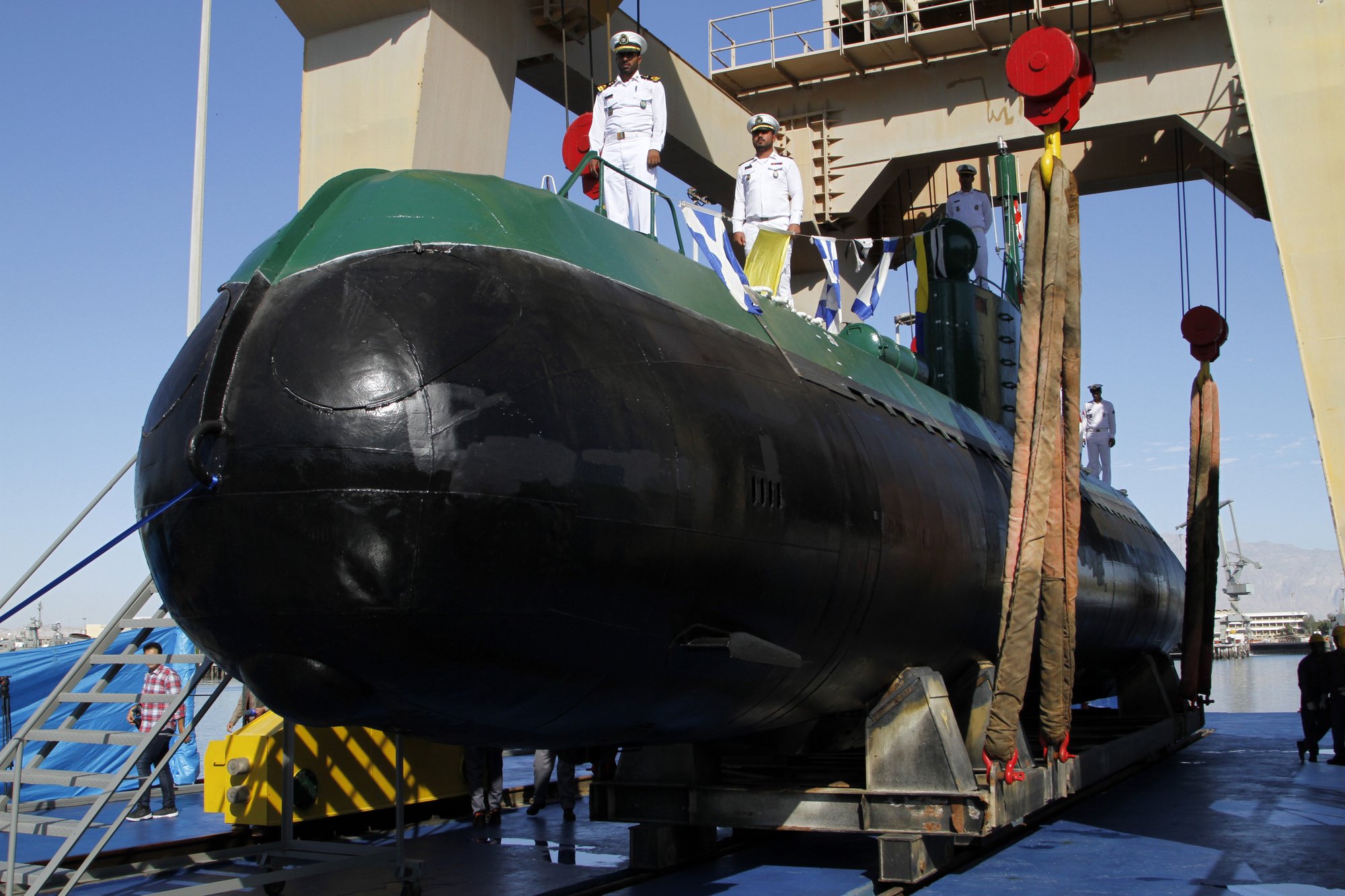 In this photo provided by the semiofficial Mehr News Agency, Iran’s navy members stand on Ghadir-955 submarine during its inauguration in the southern port of Bandar Abbas, Iran, at the mouth of the strategic Strait of Hormuz, Thursday, Nov. 29, 2018. (Photo: AP)

Iran’s navy has acquired two new mini submarines designed for operations in shallow waters such as the Persian Gulf, the Iranian state TV reported on Thursday.

The report said one of the mini submarines — also known as midget submarines — was dubbed Ghadir-955 and was built in 18 months. The other, a previously built Ghadir-942, took 10 months to overhaul.

The subs have sonar-evading technology and can launch missiles from under water, as well as fire torpedoes and drop marine mines, the TV said. Iran began manufacturing Ghadir subs in 2005. The first was unveiled in 2007 and by 2012, five such submarines were incorporated into Iran’s navy.

Midget submarines weigh less than 150 metric tons and are used for short missions, with no living accommodations for a crew of up to nine.

The TV broadcast footage of the inauguration of one the submarine in southern port of Bandar Abbas, at the mouth of the strategic Strait of Hormuz, the passageway for nearly a third of all oil traded by sea.

At the ceremony, Adm. Mojtaba Mohammadi said the sub is the 14th Iran-made vessel that joined the navy.

Iran does not disclose the total number of submarines in its fleet, however, it is believed to have some 12 light and three Russian-made submarines.

Iran, which has been developing its own tanks, armored personnel carriers, missiles and fighter planes as a part of an arms development program initiative since 1992, often boasts of new achievements or acquisitions that cannot be independently verified.

The submarines’ announcement is likely intended to boost Iran’s military image amid rising tensions with the United States, which in November re-imposed all sanctions lifted under the 2015 nuclear deal between Iran and world powers. The Trump administration pulled America out from the deal in May.