TEHRAN, Jan. 11 (Xinhua) -- Iran's state TV on Saturday quoted the Iranian military as saying that it "unintentionally" shot down the Ukrainian jetliner on Wednesday, killing all the 176 passengers and crew members on board. 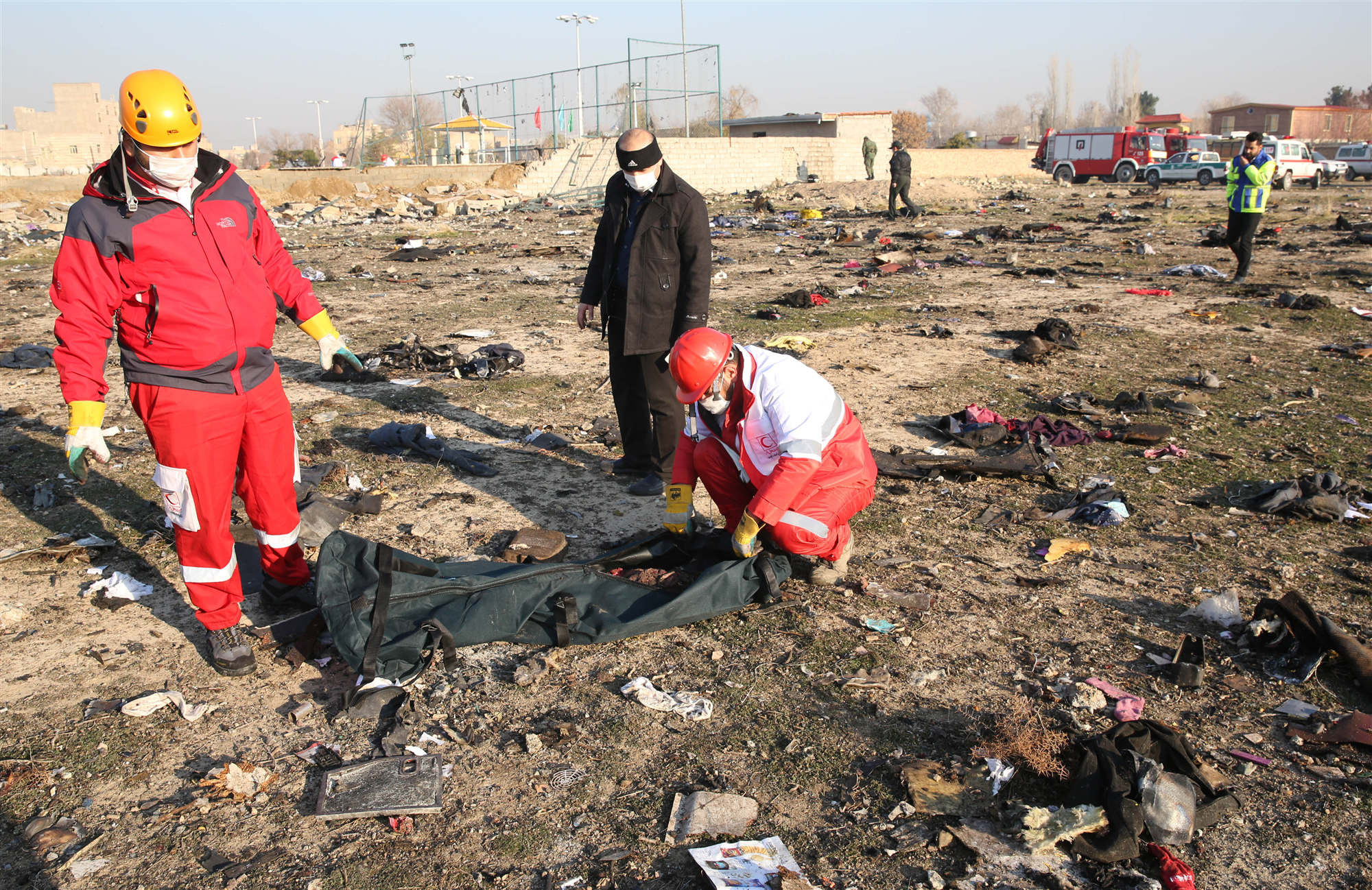 Rescue teams recover a body after a Ukrainian plane carrying 176 passengers crashed in Iran on Wednesday.

Iranian armed forces said they mistook the Ukrainian jet for a hostile plane, according to the state TV.

He also tweeted that Iran will continue investigations to "identify and prosecute the tragedy.

Iran on Friday urged all parties involved to contribute to a probe into the crash.