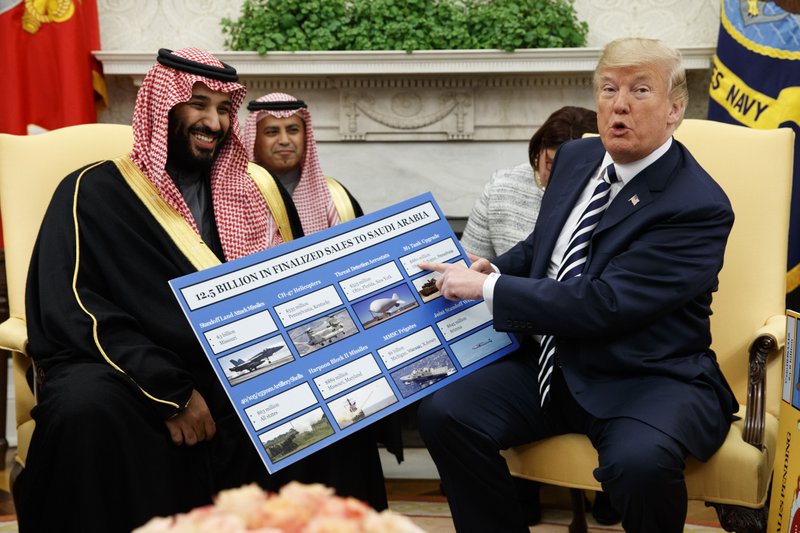 US Donald Trump with Saudi Crown Prince Mohammed bin Salman in the Oval Office of the White House on March 20, 2018, in Washington D.C. (Photo: AP)

"Russia and Saudi Arabia claim they seek to balance the global oil market, but they are trying to take over a part of Iran's share," Iran's governor of the Organization of the Petroleum Exporting Countries, Hossein Kazempour Ardebili, was quoted as saying by Tasnim news agency.

On Saturday, he accused Moscow and Riyadh of welcoming sanctions against Iran for their own gain, and warned that such actions would damage the credibility of OPEC, according to Tasnim.

Ardebili also said "Saudi Arabia and UAE are turning the OPEC into a U.S. tool."

US sanctions on Iran snapped back on Aug. 6, a move after U.S. withdrawal from the Iran nuclear deal on May 8. The sanctions would include targeting Iran's automotive sector, trade in gold, and other key metals.