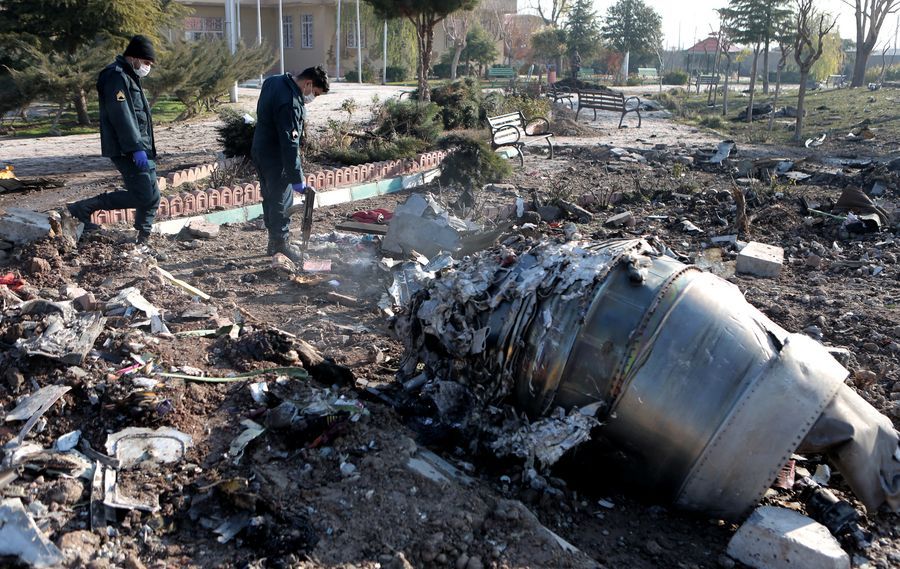 Iranian soldiers work at the crash site of a Ukrainian International Airlines Boeing 737 passenger plane in Parand district, southern Tehran. Iran, on Jan 8, 2020. All 176 passengers and crew members on board the plane were killed in the crash shortly after its takeoff from Imam Khomeini International Airport on Jan 8. (Photo: Xinhua)

TEHRAN - Iran is ready to pay compensations pertaining to the case in the Ukrainian passenger plane that crashed in Iran's airspace in January, head of Iran's Civil Aviation Organization told official IRNA news agency on Saturday.

Touraj Dehqani Zangeneh made the remarks ahead of a new round of talks between the two countries' aviation officials to be held in October in the capital city of Tehran.

"What is evident is that Iran has accepted the responsibility for its mistake and therefore the country is ready for negotiations on paying full compensation for what has been done," Zangeneh was quoted as saying.

"Compensations will be paid within international laws and without discrimination," he said, adding that "it will include any group that has been affected in the incident."

The Ukraine passenger plane was hit by Iranian missiles after taking off in Tehran's airspace on January 8, killing all 176 people on board. Iran said that its forces "accidentally" shot the plane down.

On July 24, an international team in Paris completed preliminary investigative analysis of the data extracted from the black boxes of the plane.

On Aug 9, Iran's Minister of Transport and Urban Development Mohammad Eslami said that the final report on the Ukrainian plane crash will be published soon.