WORLD Iran says scientist was killed by a satellite-controlled gun

Iran says scientist was killed by a satellite-controlled gun 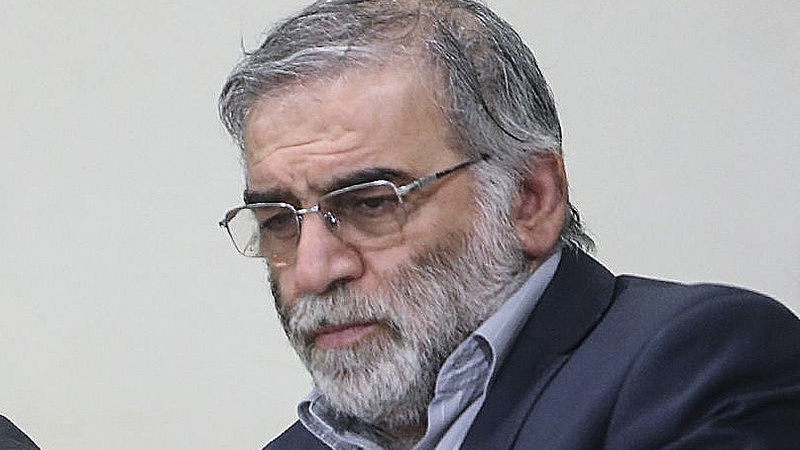 Mohsen Fakhrizadeh, who was killed in a gun and car bomb attack on the outskirts of Tehran on Nov. 27. (Photo: Getty Images)

Mohsen Fakhrizadeh, who was killed in a gun and car bomb attack on the outskirts of Tehran on Nov. 27, was driving on a highway east of the capital when the weapon "zoomed in" on him "using artificial intelligence", Mehr said on Sunday, quoting Commodore Ali Fadavi, deputy commander of Iran's Islamic Revolutionary Guard Corps.

Various accounts of his death have emerged since the incident. While early news reports said he was caught in a gunfight between his bodyguards, others said that he was fired at by a remote-controlled machine gun mounted on a pick-up truck operated by someone who later fled the country.

Fadavi said on Sunday that the gun fired a total of 13 shots at Fakhrizadeh and managed to target him with such accuracy that his wife, sitting just inches away from him in the same vehicle, escaped injury.

He added that 11 bodyguards in separate cars were also accompanying the couple at the time.

The incident is the second targeted killing of a high-ranking Iranian official since January, when outgoing U.S. President Donald Trump ordered a drone strike on General Qassem Soleimani.

Tehran has blamed Israel for Fakhrizadeh's killing, the fifth assassination of a nuclear scientist on Iranian soil since 2010.

Israel hasn't commented on the allegations, however Prime Minister Benjamin Netanyahu had singled out the scientist in a power-point presentation on Iran's nuclear program in April 2018.