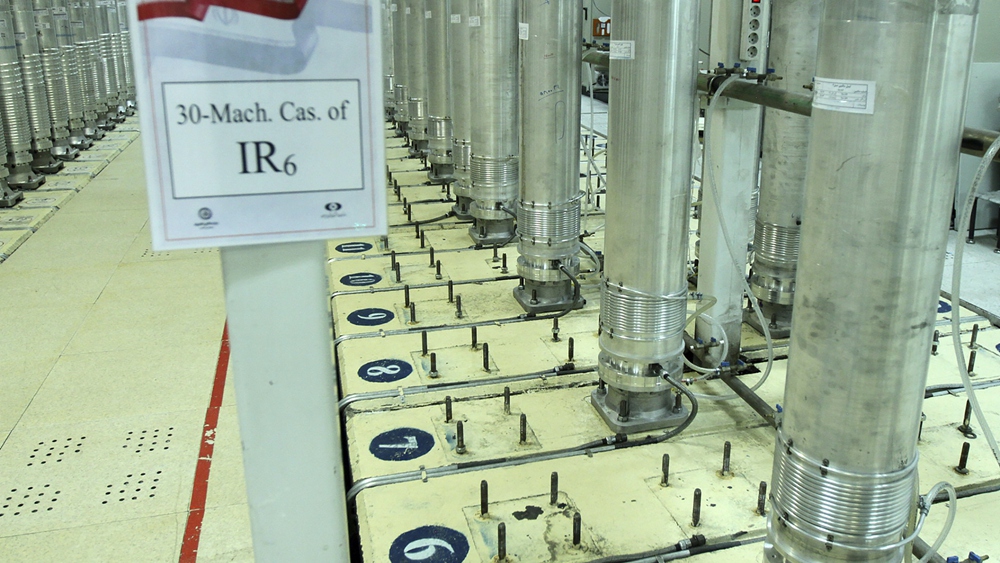 Iran is still enriching uranium at the purity of 60, 20 and 5 percent, and it has already accumulated over 90 kilograms of 20-percent enriched uranium, head of the Atomic Energy Organization of Iran (AEOI) Ali Akbar Salehi said on Monday.
The official made the statement after a telephone conversation held around noon with Rafael Grossi, director general of the International Atomic Energy Agency (IAEA), Iranian official IRNA News Agency reported.
In the conversation, Salehi reportedly informed Grossi of Tehran's decision to extend a temporary agreement regarding the IAEA's monitoring of Iranian nuclear activities for one month until June 24.
According to a law passed by Iran's parliament in December, the AEOI is required to accumulate 120 kg of 20-percent enriched uranium every year, Salehi noted.
Nevertheless, Iran is obliged under the 2015 nuclear agreement to limit its uranium enrichment to a 3.67 percent purity and to stockpile no more than 300 kg of the material. 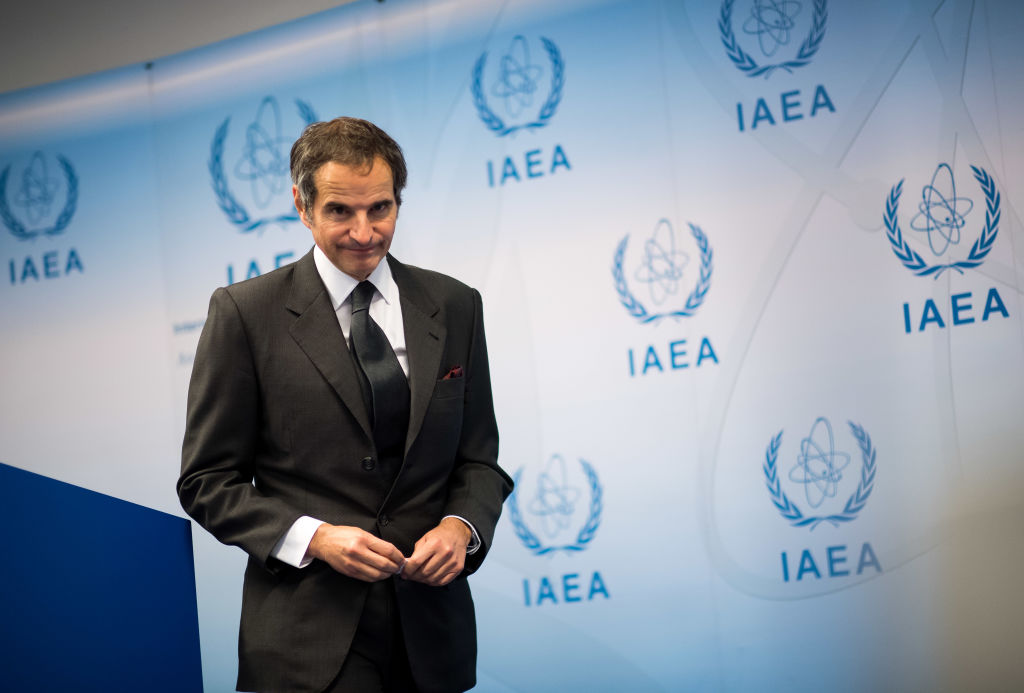 IAEA Director General Rafael Grossi leaves after speaking to the media about the agency monitoring of Iran's nuclear energy program in Vienna, Austria, May 24, 2021. (Photo: Getty)

The UN nuclear watchdog and Iran on Monday said an agreement to monitor Tehran's activities would be extended by a month until June 24, as world powers hold talks to revive the 2015 nuclear deal.
Iran in late February limited the IAEA's access to nuclear sites it has been monitoring as part of the deal. A three-month agreement reached on February 21 allowing some inspections to continue was extended by another month, the IAEA announced.
"The verification and the monitoring activities that we agreed will continue as they are now for one month expiring on June 24th, 2021," Grossi told a news conference.
Representatives from China, France, Germany, Russia, Britain and Iran are expected to meet later this week in Vienna to continue negotiations aiming at reviving the Iran nuclear deal.
Wang Qun, Chinese envoy to the United Nations in Vienna, last week urged all parties concerned to redouble their efforts to advance the process of negotiations on bringing the United States and Iran to resume compliance with the deal.
Iranian President Hassan Rouhani said on Thursday that the "main agreement" to revive the deal has already been reached in the Vienna talks, and that Iran's counterparts have agreed on the need to lift "all main sanctions."
But U.S. Secretary of State Antony Blinken said on Sunday that it remains unclear if Tehran is willing to take steps to return to compliance with the deal. "And what we haven't yet seen is whether Iran is ready and willing to make a decision to do what it has to do. That's the test and we don't yet have an answer," Blinken said in an interview with CNN.
(With input from Xinhua, AFP)