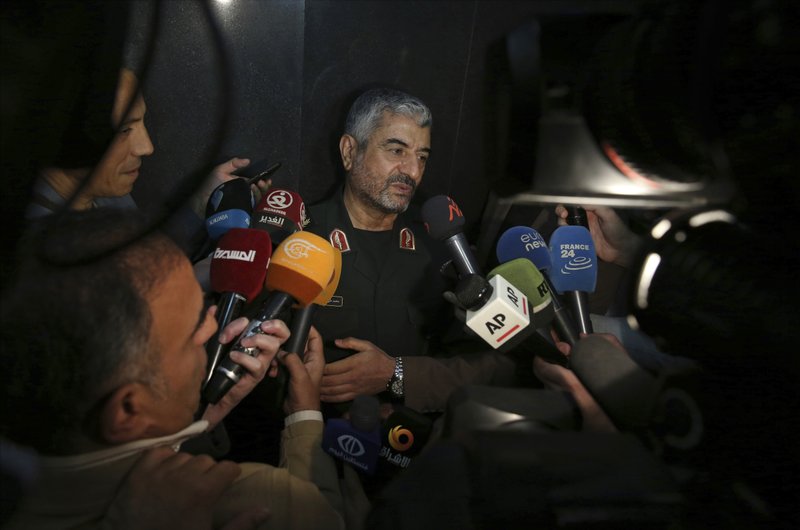 Iran’s supreme leader has restricted the range of ballistic missiles manufactured in the country to 2,000 kilometers (1,240 miles), the head of the paramilitary Revolutionary Guard said Tuesday, which limits their reach to only regional Mideast targets.

The comments by Gen. Mohammad Ali Jafari to reporters mark the first acknowledgement that Ayatollah Ali Khamenei has imposed limits on the country’s ballistic missile program.

It also appears to be an effort by Iranian authorities to contrast its program, which they often describe as for defensive purposes, against those of countries like North Korea, which now uses its arsenal to threaten the United States.

“It is a political decision,” said Michael Elleman, the senior fellow for missile defense at the International Institute for Strategic Studies in Washington. “I think with the supreme leader saying it, it takes on a little more significance.”

The range of 2,000 kilometers encompasses much of the Middle East, including Israel and American military bases in the region. That’s caused concern for the U.S. and its allies, even as Iran’s ballistic missile program was not included as part of the 2015 nuclear deal that Tehran struck with world powers.

Speaking on the sidelines of a conference in Tehran, Jafari told journalists that the capability of Iran’s ballistic missiles is “enough for now.” The Guard runs Iran’s missile program, answering only to Khamenei.

“Today, the range of our missiles, as the policies of the Iran’s supreme leader dictate, are limited to 2,000 kilometers, even though we are capable of increasing this range,” he said. “Americans, their forces and their interests are situated within a 2,000-kilometer radius around us and we are able to respond to any possible desperate attack by them.”

However, Jafari said he didn’t believe there would be any war between Iran and the U.S.

While keeping with the anti-American tone common in his speeches, Jafari’s comments seemed to be timed to calm tension over Iran’s missile program.

Iran long has insisted its ballistic missiles are for defensive purposes. It suffered a barrage of Scud missiles fired by Iraq after dictator Saddam Hussein launched an eight-year war with his neighbor in the 1980s that killed 1 million people. To build its own program, Tehran purchased North Korean missiles and technology, providing much-needed cash to heavily sanctioned Pyongyang.

Iran today likely has the capability to go beyond 2,000 kilometers with its Khorramshahr ballistic missile, though it chose to limit its range by putting a heavier warhead on it in testing, Elleman said.