WORLD Iran says to work with partners to neutralize US sanctions

Iran says to work with partners to neutralize US sanctions 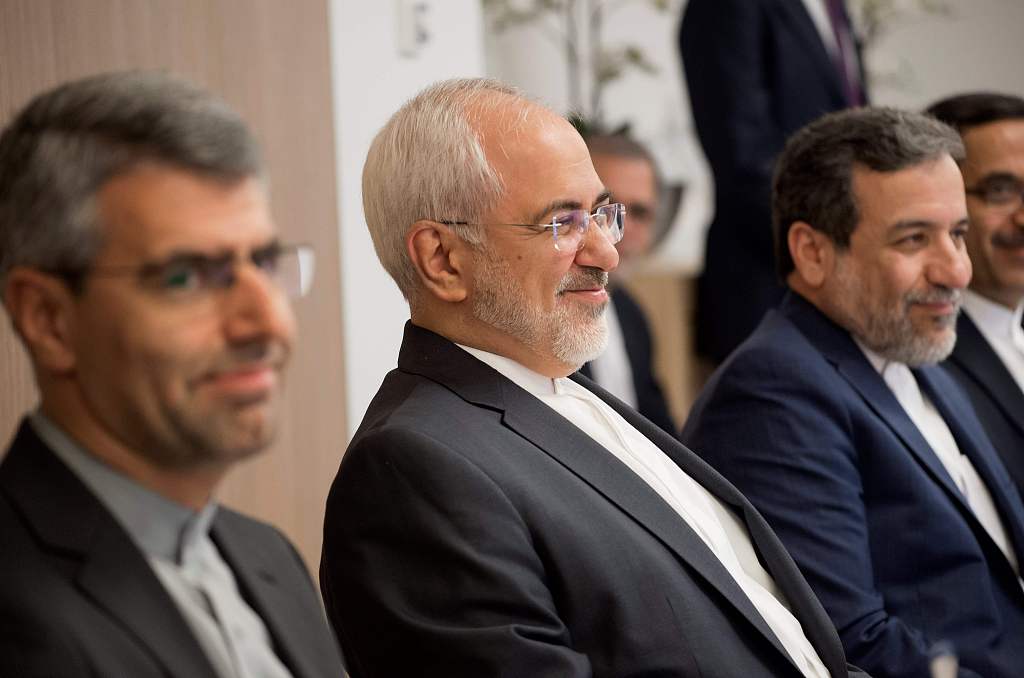 Iran Foreign minister Mohammad Javad Zarif Khonsari looks on prior to a meeting with High Representative of the European Union for Foreign Affairs and the foreign ministers of Britain, Germany and France at the EU headquarters in Brussels on January 11, 2018. Europe and Iran are to put on a united front in support of the landmark 2015 nuclear deal at talks in Brussels Thursday as Washington mulls reimposing sanctions on Tehran. (File photo: VCG)

TEHRAN, Jan. 8 (Xinhua) -- Iranian Foreign Minister Mohammad Javad Zarif said Tuesday that the country will keep working with its global partners to neutralize US sanctions against the Islamic republic.

Iran will keep working with Europe to put into effect a special purpose vehicle (SPV) which the European countries are devising for trade with Iran despite Washington threats against engagements with Tehran, Zarif was quoted as saying by Tasnim news agency.

Zarif made the remarks on the sidelines of a meeting with India's minister of road, transport and highways in the Indian capital of New Delhi on Tuesday.

Iran will also work with its traditional partners in order to fulfill the interests of Iranians, he said.

Zarif urged the Europeans to speed up their efforts to finalize the SPV mechanism.

Accompanied by a high-ranking political and economic delegation, Zarif arrived in New Delhi on Tuesday and is slated to hold talks with senior Indian officials.

The visit to India comes against the backdrop of Iran's efforts to boost its trade with traditional economic partners to counter the US sanctions.

The US has reimposed sanctions on Iran, including its oil exports and banking sectors, following its exit from the landmark Iranian nuclear deal last May.