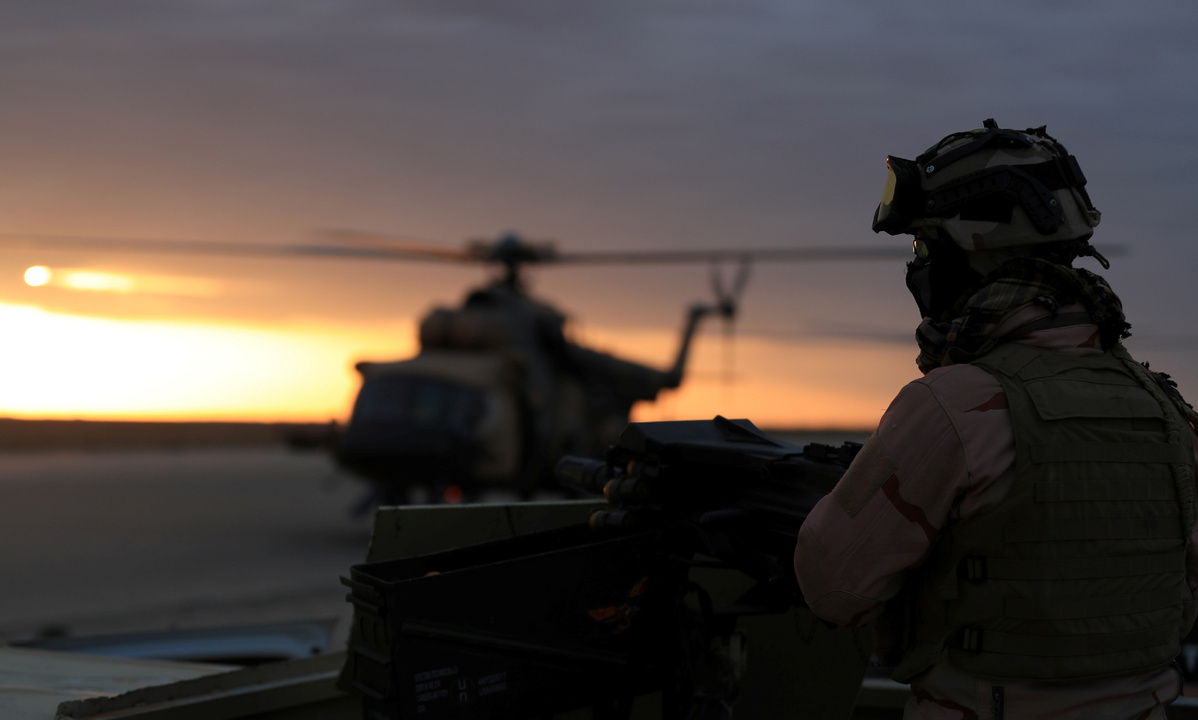 A member of Iraqi security forces is seen at Ain al-Asad airbase in the Anbar province, Iraq, on Dec 29, 2019. (Photo:Agencies)

Iran is not seeking escalation or war, Iranian Foreign Minister tweeted after Tehran hit US targets in Iraq on Wednesday, adding that Tehran would defend itself against any aggression.

"Iran took & concluded proportionate measures in self-defense under Article 51 of UN Charter targeting base from which cowardly armed attack against our citizens & senior officials were launched. We do not seek escalation or war, but will defend ourselves against any aggression," Mohammad Javad Zarif tweeted.