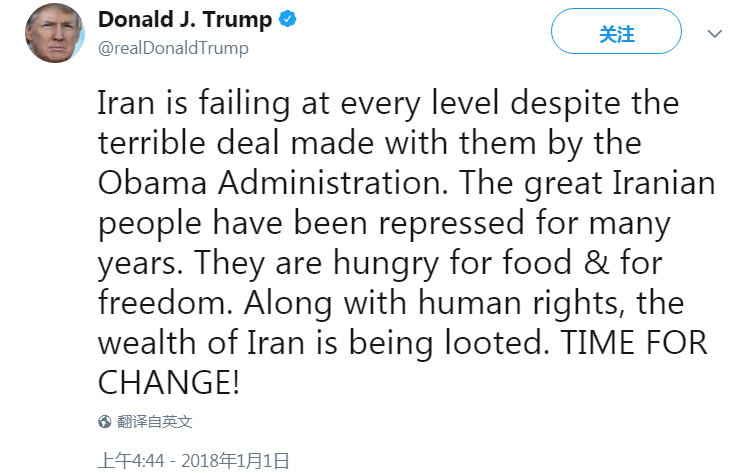 Iran says the U.S. "has crossed every limit" in international relations by expressing support for the anti-government protests roiling the Islamic Republic.

Iran's ambassador to the United Nations complained in a letter Wednesday to the Security Council president.

The U.S. hasn't immediately responded to the letter accusing it of intervening "in a grotesque way in Iran's internal affairs."

Trump has unleashed a series of tweets backing the protesters and referring to Iran as corrupt and failing.

At least 21 people have been killed and hundreds arrested amid protests fueled by economic grievances. Meanwhile, tens of thousands of people took part in pro-government counter-demonstrations Wednesday.