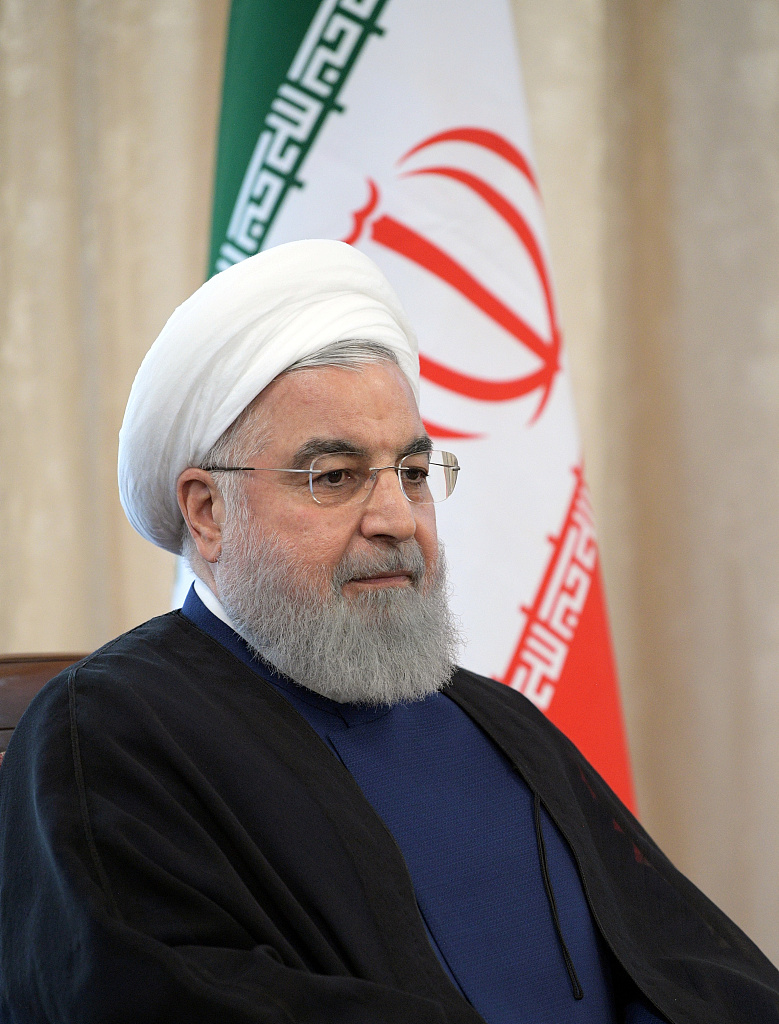 Iran's President Rouhani says his country is not seeking to wage war against any nation while at the same time stressing that it will withstand mounting U.S. pressure and emerge victorious in a ceremony at Imam Khomeini International Airport, Tuesday, June 18, 2019.  (File photo: VCG)

"Imposing useless sanctions on Iran's supreme leader (Ayatollah Ali Khamenei) and the commander of Iran's diplomacy (Foreign Minister Mohammad Javad Zarif) is the permanent closure of the path of diplomacy with the desperate U.S. administration," the spokesman Abbas Mousavi tweeted on Tuesday.

On Monday, U.S. president Donald Trump signed an executive order for sanctions targeting Iran's Supreme Leader Khamenei, his office and those closely affiliated with him. Washington also announced that it will sanction Iran's foreign minister next week.