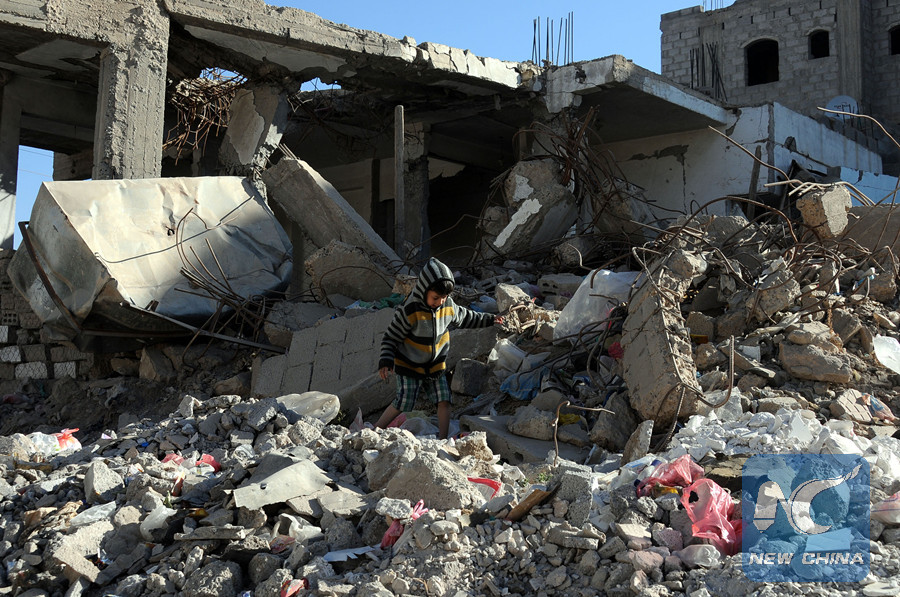 A boy walks on rubble of a house destroyed by recent airstrikes carried out by the Saudi-led coalition in Sanaa, Yemen, on Dec. 29, 2017.Photo: Xinhua

A senior advisor to Iran's Supreme Leader said Thursday that Yemen war could be a "quagmire" for Saudi Arabia, Tasnim news agency reported.

Ali Akbar Velayati, an international adviser to Ayatollah Ali Khamenei, said that Saudi's involvement in the war in Yemen could lead to the same catastrophe that the U.S. government experienced in Vietnam. "Saudi Arabia should expect to see Yemen turn into another Vietnam for that country," Velayati said.

"Any Iranian help for Yemen is in line with its humanitarian duties," he stressed.

The Saudi-led coalition has intervened in the Yemeni conflict since March 2015 to roll back the Shiite Houthi rebels and support President Abd-Rabbu Mansour Hadi, who was forced into exile by the Houthis.

The war has killed over 10,000 Yemenis, mostly children, and displaced 3 million others, creating one of the world's worst humanitarian crises.