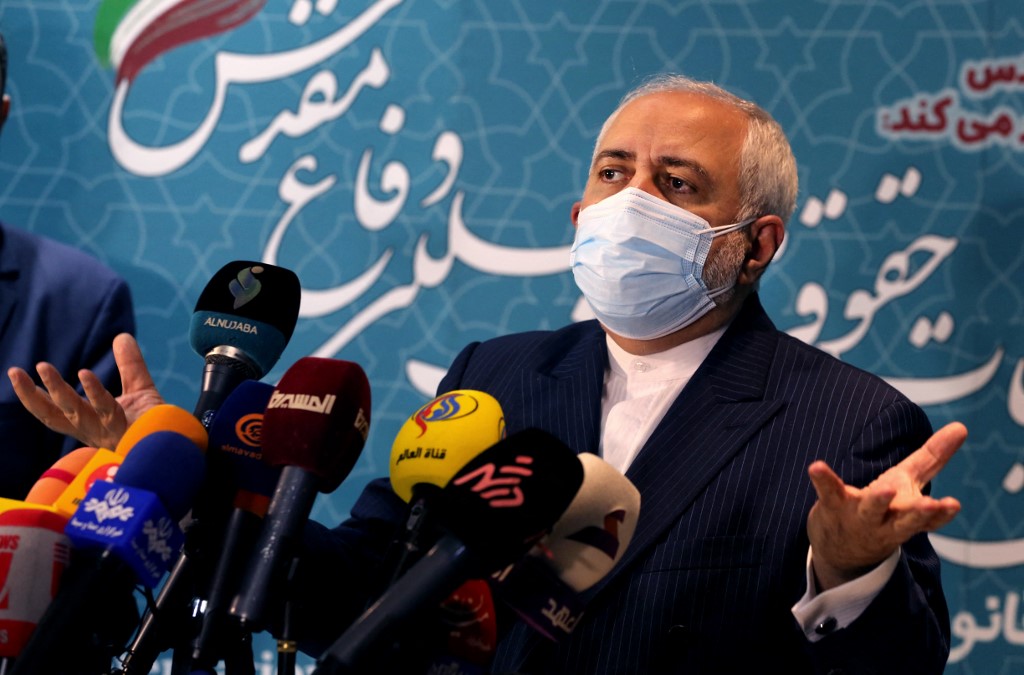 TEHRAN, April 2 (Xinhua) -- Iran will be aiming at the "choreographed removal of all sanctions" at a meeting of the parties to the 2015 nuclear deal to be held on April 6, the Iranian Foreign Minister Mohammad Javad Zarif said on Friday.

"Aim: Rapidly finalize sanction-lifting and nuclear measures for choreographed removal of all sanctions, followed by Iran ceasing remedial measures," the minister wrote on social media after an online meeting on Friday, as reported by official news agency IRNA.

No meeting will be held between Iranian and U.S. representatives, since it is "unnecessary," Zarif added.

Following the meeting on Friday, the parties to the Joint Commission of the Joint Comprehensive Plan of Action (JCPOA) are scheduled to convene in Vienna next Tuesday to discuss the possibility of lifting sanctions on Iran and the country's responsibility for further implementing the nuclear deal.

At the online meeting, Iran's Deputy Foreign Minister Abbas Araqchi stressed the Iranian position that no negotiation is needed for Washington to return to the nuclear deal.

Araqchi pointed to the lifting of the U.S. sanctions as the first step in reviving the JCPOA, and said that Tehran's compliance reduction steps would be stopped as soon as Tehran verifies that sanctions are lifted.

Iran gradually stopped implementing parts of its JCPOA commitments from May 2019, one year after the administration of former U.S. President Donald Trump unilaterally abandoned the agreement and reimposed sanctions on Iran.

The administration of current U.S. President Joe Biden has stated its will to return to JCPOA, but demands Iran to return to compliance before sanctions are lifted.