CAIRO, Nov. 8 (Xinhua) -- Iran reported 459 deaths on Sunday related to COVID-19, making it the highest daily death toll since the outbreak of the virus in the country. Meanwhile, Iraq's tally of infections approached 500,000 with 2,530 new cases reported during the day. 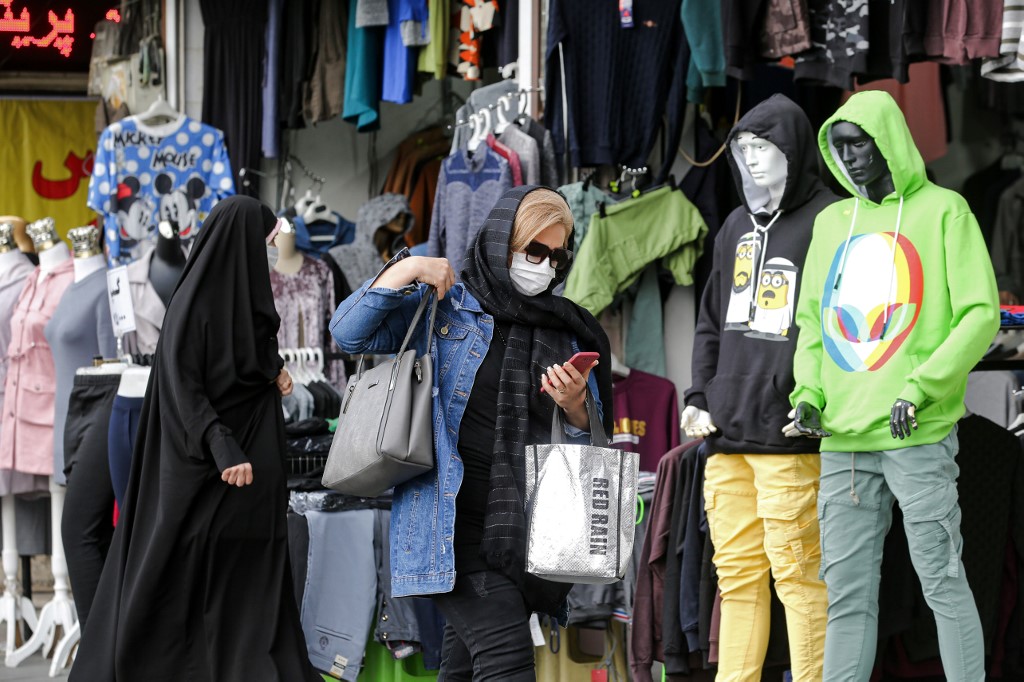 A woman, mask-clad due to the COVID-19 coronavirus pandemic, browses a phone as she walks past a shop along a street in Iran's capital Tehran on November 8, 2020. (File photo: AFP)

The latest figure took the overall death toll of the epidemic in Iran to 38,291, said Sima Sadat Lari, spokeswoman for the Iranian Ministry of Health and Medical Education.

She added that 682,486 COVID-19 cases have been confirmed so far in Iran, after the registration of 9,236 infections. On the other hand, a total of 520,329 patients have recovered and been released from hospitals, while 5,523 patients remain in critical condition.

The Iraqi Health Minister Hassan al-Tamimi confirmed that the spread of the COVID-19 pandemic in the country is still under control, while the total recoveries have reached 428,928 with 3,002 recovered cases added.

Turkey's daily COVID-19 patients increased by 2,516, raising the total number in the country to 394,255, the Turkish Health Ministry announced.

Morocco reported 4,596 new COVID-19 cases, taking the number of infections in the country since March 2 to 256,781, while the death toll rose to 4,272 with 75 new fatalities during the last 24 hours, the ministry of health said in a statement.

It noted that the total number of recoveries increased to 209,801 after 4,245 new ones were added.

Kuwait reported 538 new COVID-19 cases and three more deaths, raising the tally of infections to 131,743 and the death toll to 811 in the country.

The Kuwaiti health ministry also announced the recovery of 687 more patients, taking the total recoveries in the country to 122,576.

Meanwhile, 201 more recovered from the virus, bringing the overall recoveries in the Gulf state to 131,276, while the fatalities remained 232 for the 10th day running as no new deaths were reported.

The Algerian government announced in a statement that a curfew confinement will be implemented in 29 provinces, including the capital Algiers, for 15 days from Nov. 10.

The tally of recoveries in the kingdom rose by 420 to 337,386, the Saudi Health Ministry said.

In Oman, the health ministry confirmed 973 new COVID-19 infections, raising the tally of confirmed cases in the Sultanate to 118,140.

It said that the country has started implementing a plan to increase the number of hospital beds and intensive care units at several hospitals to deal with an increasing number of coronavirus cases.