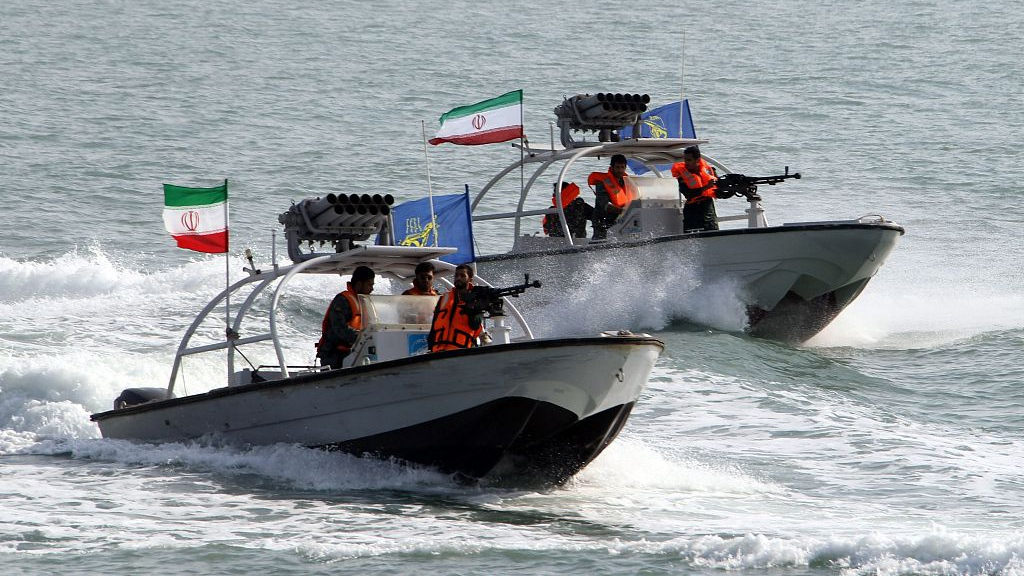 In this file photo taken on July 02, 2012, Iranian Revolutionary Guards drive speedboats in waters off the port of Bandar Abbas. (Photo: VCG)

Iran's coast guard has seized a vessel for allegedly smuggling fuel in the Gulf and detained its 12 crew members from the Philippines, the semi-official news agency ISNA reported.
The vessel was carrying nearly 284,000 liters of diesel, the news agency said on Saturday.
Iran, which has some of the world's cheapest fuel prices due to heavy state subsidies and the fall of its currency, has been fighting rampant fuel smuggling by land to neighboring countries and by sea to Arabian states in Gulf region.
It has frequently seized boats it says are being used for smuggling oil in the Gulf.