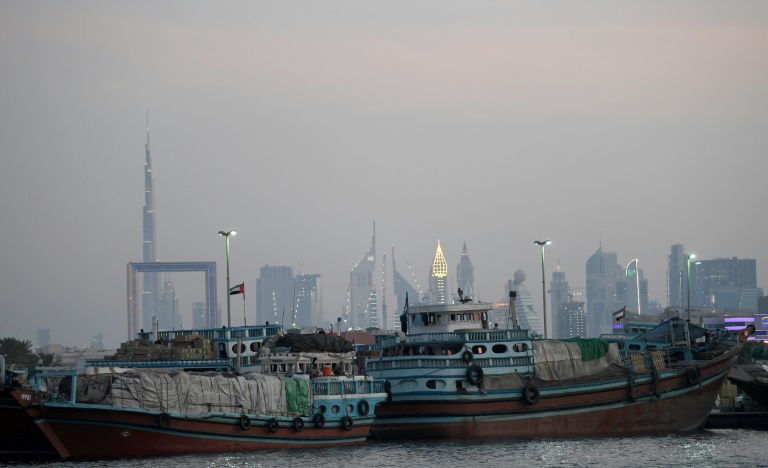 Iran has seized a foreign tanker in the Gulf, state media said Sunday, in what would be the third such seizure in a month amid heightened tensions with its foe the United States.

The Islamic Revolutionary Guard Corps "seized this ship around Farsi Island which was carrying around 700,000 litres of smuggled fuel", said a Guards statement quoted by the official news agency IRNA.

Seven foreign crew were arrested in the operation carried out on Wednesday night, said Fars news agency, which is considered close to the Guards.

Tensions between arch-enemies Iran and the US have soared this year after Washington stepped up its campaign of "maximum pressure" against Tehran.

Ships have been attacked, drones downed and oil tankers seized since May, a year after the United States withdrew from a landmark nuclear deal between Iran and world powers and began reimposing biting sanctions against the country.

At the height of the crisis, US President Donald Trump called off air strikes against Iran at the last minute in June after the Islamic republic's forces shot down a US drone.

The seizure of the latest tanker would be the third by Iran in less than a month in Gulf waters -- a conduit for much of the world's crude oil.

On July 18, the Guards said they had detained the Panama-flagged for MT Riah for alleged fuel smuggling.

Montrose to accompany British vessels in the Gulf, after the seizure of the Stena Impero in the Strait of Hormuz in July

And a day later, they announced they had impounded the British-flagged Stena Impero in the Strait of Hormuz for breaking "international maritime rules".

The identity of the latest vessel seized and the nationality of its crew had not yet been revealed on Sunday.

The Guards said their boats had been patrolling the Gulf to control traffic and detect illicit trade when they seized the tanker.

"The ship was transferred to Bushehr and its smuggled fuel was handed over" to the authorities in coordination with judicial authorities, said a statement.

Fars quoted Brigadier General Ramezan Zirahi, a commander of the Guards who carried out the seizure, as saying the tanker had been en route to deliver fuel to Gulf Arab states.

The reports came after an Iranian general said the chances of a conflict breaking out in the Gulf region had decreased.

"At first glance, it may seem that the situation in the Persian Gulf is heading towards a military conflict but when studying the situation more deeply, we see that chances for such a conflict become less probable," said Brigadier General Ahmadreza Pourdastan.

"All countries which have interests in the region are by no means willing to see a new crisis in the Middle East," he said, quoted by Mehr news agency.

"The Persian Gulf is like a tinderbox and explosion of the first firecracker can lead to a huge disaster."

On the diplomatic front, officials in Iran said Foreign Minister Mohammad Javad Zarif had been hit with US sanctions after turning down an invitation to meet Trump in Washington.

The New Yorker magazine reported on Friday that Republican Senator Rand Paul met Zarif in the US on July 15 and had Trump's blessing when he extended an invitation to the Iranian minister to go to the White House.

Officials in Iran confirmed the report and heaped scorn on the Trump administration for claiming to want dialogue with Iran while slapping sanctions on its top diplomat.

The sanctions announced on Wednesday are aimed at freezing any of Zarif's assets in the United States or controlled by US entities, as well as squeeze his ability to function as a globe-trotting diplomat.

"For a government to constantly claim (to favour) negotiations and afterwards sanction the foreign minister... if this is not ridiculous, then what is it?" said foreign ministry spokesman Ali Rabiei.

Rear Admiral Ali Shamkhani, secretary of Iran's Supreme National Security Council, said the invitation and sanctions amounted to a failure of US diplomacy.

"Imposing sanctions on the honourable foreign minister of Iran after the refusal of Trump's proposal for face-to-face talks with him showed the 'maximum pressure' train has stopped at the 'failure station'," he said, quoted by ISNA news agency.

Trump has said publicly several times that he is willing to hold talks with the Iranians even as he lambasts Tehran as a corrupt, incompetent and dangerous regime that is a threat to regional security and US interests.