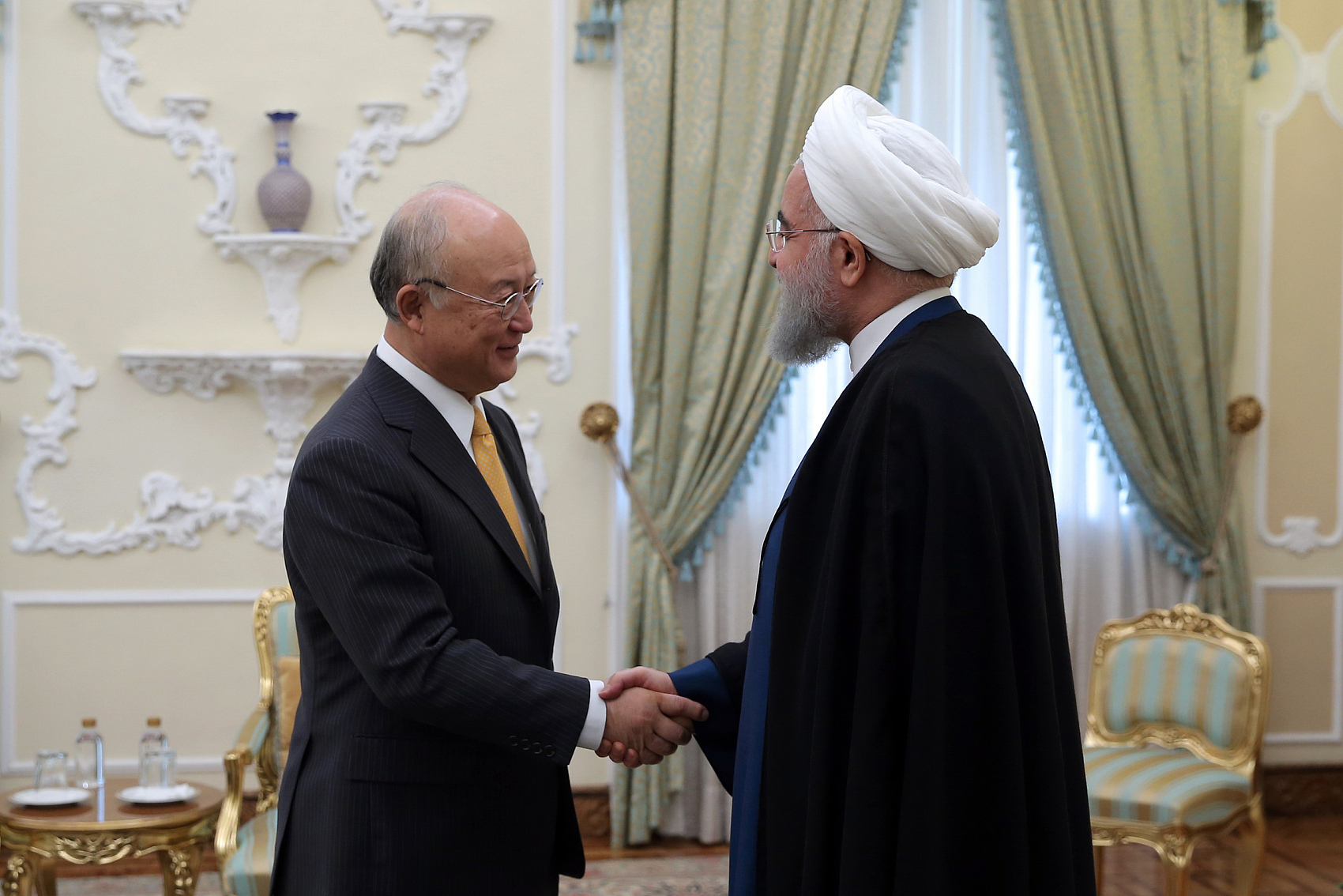 A handout picture provided by the office of Iranian President Hassan Rouhani on October 29, 2017 shows him (R) greeting Director General of the International Atomic Energy Agency (IAEA), Yukiya Amano (L) ahead of their meeting in Tehran. (Photo:VCG)

Iran has decided not to attend a United Nations conference on nuclear energy being held in the United Arab Emirates.

Seats for an Iranian delegation sat empty on Monday at the conference being held in Abu Dhabi, the capital of the UAE. Conference staff said the Iranians had cancelled their appointment to speak at the event.

Iranian authorities could not be immediately reached for comment.

Yukiya Amano, the head of the International Atomic Energy Agency, avoided speaking about Iran in his address at the conference.

The UAE and neighboring Saudi Arabia remain highly suspicious of Iran and skeptical of the nuclear deal it struck in 2015 with world powers.

President Donald Trump has declined to re-certify the deal, sending it to Congress to address.