TEHRAN, Dec. 10 (Xinhua) -- The Iranian envoy to the United Nations has denounced the US bid to cancel Tehran's membership in the UN Commission on the Status of Women (CSW) as a move to serve America's own "political objectives" and going against principles of the UN Charter. 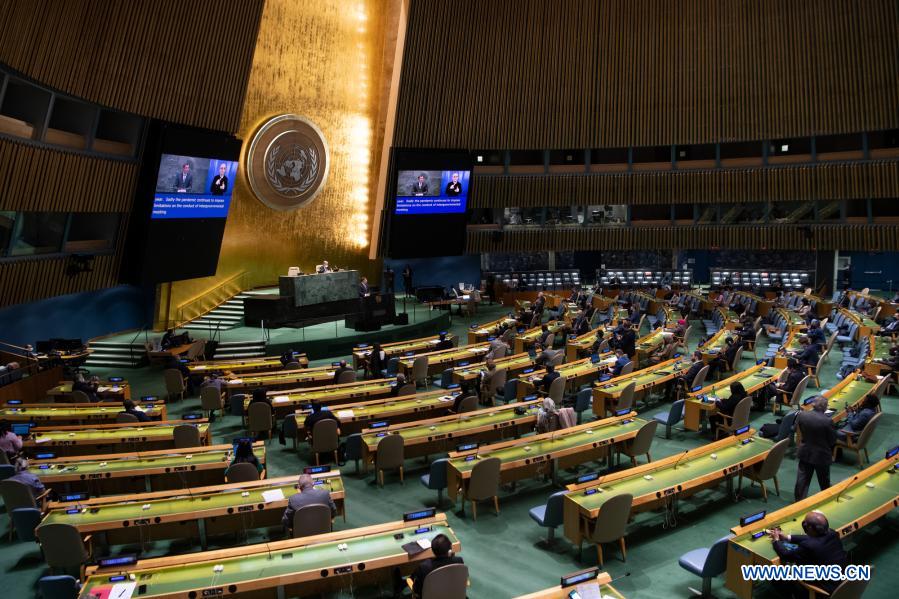 Amir Saeed Iravani, Iran's permanent representative to the UN, made the remarks in a letter to the UN Secretary-General Antonio Guterres, official news agency IRNA reported on Saturday.

Iravani warned that had the US move succeed, it would set a "dangerous" precedent in the international organization and cast doubt on the principle of equality among UN member states.

The CSW is the principal global intergovernmental body exclusively dedicated to the promotion of gender equality and the empowerment of women. It was established as a functional commission of the Economic and Social Council (ECOSOC) in 1946, according to UN Women.

The Iranian envoy said the request for canceling Iran's membership at an ECOSOC meeting scheduled for Dec. 14 was based on "fabricated claims and assumptions" about Iran.

Iravani noted this is yet another attempt by the United States to "abuse" the UN system for achieving its "political objectives," which would harm the UN's credibility.

According to IRNA, ever since the eruption of the protests in Iran following the death of 22-year-old Mahsa Amini, the United States as well as its Western allies have placed supporting the "unrest" on their agenda.

In a statement released on Nov. 2, US Vice President Kamala Harris announced that Washington sought to evict Iran from the 45-member intergovernmental body due to the Iranian government's response to the "nationwide protests" following the death of Amini, who died in a Tehran hospital a few days after collapsing at a police station.