WORLD Iran slams US unilateralism as root cause of global insecurity

Iran slams US unilateralism as root cause of global insecurity 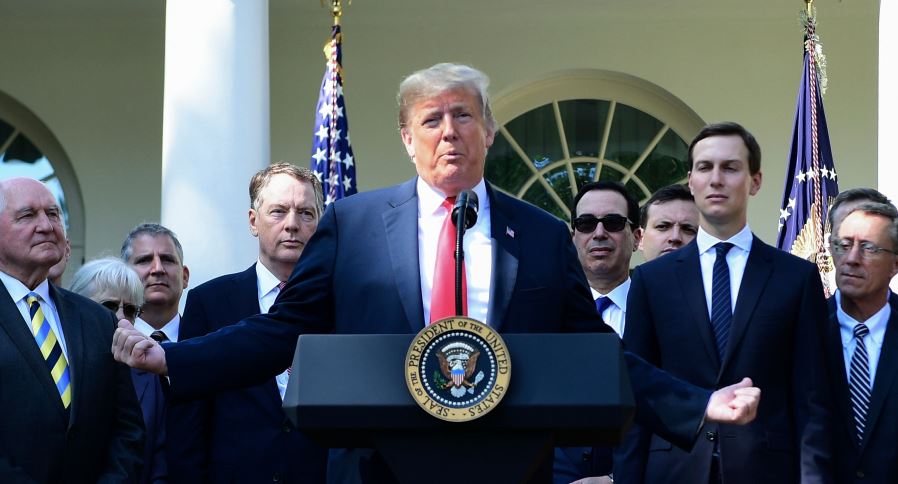 US President Donald Trump speaks at the Rose Garden of the White House in Washington, D.C. over the United States-Mexico-Canada Agreement, on Oct. 1, 2018. (Photo: AFP)

TEHRAN, Oct. 9 (Xinhua) -- Iranian Parliament Speaker Ali Larijani said on Tuesday that the US unilateralism is the root cause of growing insecurity in the world, Press TV reported.

Unilateral measures by the United States in dealing with the global issues have created great problems and challenges for the international community, Larijani noted.

The Iranian speaker made the remarks in an address to the third meeting of the speakers of the Eurasian countries' parliaments in Turkey's Mediterranean coastal city of Antalya.

"The selfish, unilateral and illegal" move by the US government to withdraw from a multilateral nuclear agreement signed between Iran and the world powers in 2015 and to re-impose "cruel" sanctions against the Iran showed "alarming signs" of the emergence of unilateralism in international relations, he said.

All the countries should boost their unity in the face of these challenges, Larijani stressed.