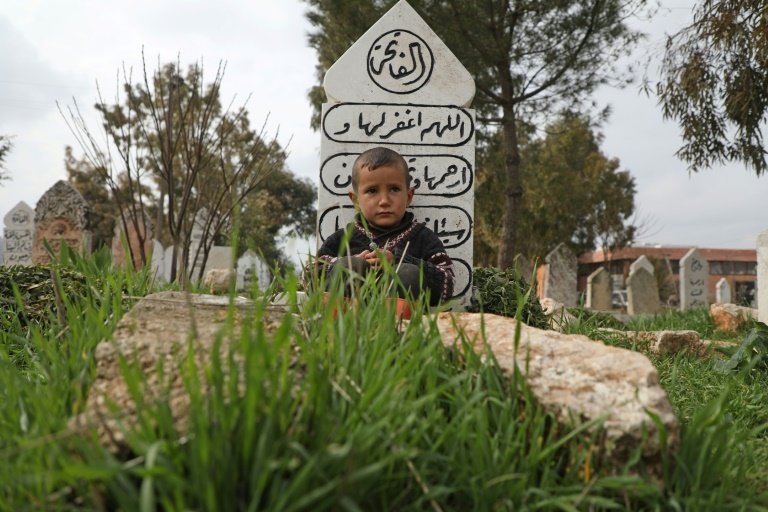 Children make up around 22,000 of the 384,000 people confirmed killed in nine years of war in Syria, according to the Syrian Observatory for Human Rights. (Photo: AFP)

JERUSALEM, May 5 (Xinhua) -- Iran has begun reducing its forces in Syria and pulling out of some bases in the country, the Israeli media reported on Tuesday.

"For the first time since Iran started to entrench itself in Syria, it is reducing its forces there and clearing bases," Israeli security officials were quoted as saying by the Hebrew-language news site of Ynet.

"Syria is paying a growing price because of the Iranian presence in its territory," the officials said, adding that "Iran has turned from an asset to Syria into a burden."

Israel's military was not immediately available to comment for Xinhua.

Also on Tuesday, Israeli Defense Minister Naftali Bennett warned that Israel will increase the pressure on Iran to withdraw its forces from Syria.

"Iranian troops who go to Syria and take actions there are risking their own lives," he said, warning that Israel considers them as legitimate targets for strikes.

"We will not enable establishing Iranian bases in Syria," he vowed.

The remarks came some 12 hours after 14 Iranian and Iraqi militiamen were killed in Israeli airstrikes on positions held by Iranian forces and their allies in eastern Syria, according to the Britain-based Syrian Observatory for Human Rights.

The Israeli air force has carried out "hundreds" of strikes in Syria, claiming the attacks aimed at Iranian sites and weapons convoys to the Iran-backed Lebanese militia of Hezbollah.

Israeli officials have repeatedly warned that Israel will not allow Iran, considered as Israel's arch foe, to establish a permanent military presence in Syria.