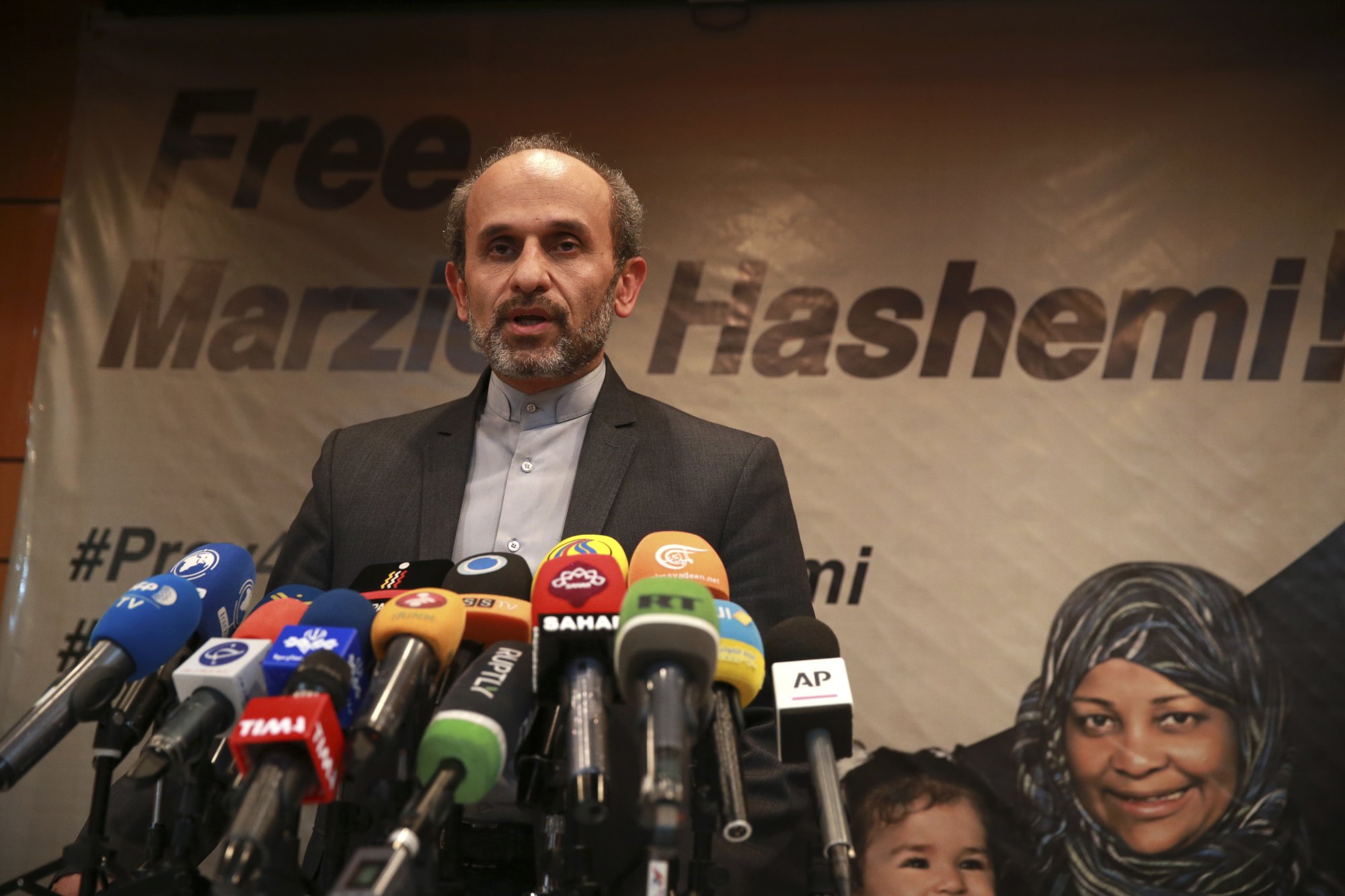 A prominent American anchorwoman on Iranian state television’s English-language service has been arrested by the FBI after flying into the US, the broadcaster reported Wednesday. The FBI did not immediately respond to requests for comment.

The reported detention of Press TV’s Marzieh Hashemi, born Melanie Franklin of New Orleans, comes as Iran faces increasing criticism of its own arrests of dual nationals and others with Western ties, previously used as bargaining chips in negotiations with world powers.

Iran’s state broadcaster held a news conference and launched a hashtag campaign for Hashemi, using the same techniques families with loved ones held in the Islamic Republic use to highlight their cases.

“We will not spare any legal action” to help her, said Paiman Jebeli, deputy chief of Iran’s state IRIB broadcaster.

Lambert Airport spokesman Jeff Lea declined comment, referring questions to the FBI. He said he could not confirm what flight Hashemi arrived on or when. St. Louis police said they were not involved.

FBI headquarters in Washington did not respond to requests for comment.

There were no references to any case against Hashemi in US federal courts, nor in Missouri.

Press TV said Hashemi had traveled to the US “to visit her family members, including her brother, who is suffering from cancer.” The broadcaster said she was a grandmother and aired footage of her anchoring news programs and talking about her experience as a reporter discussing the yearslong war in Syria, set to dramatic music.

“Unfortunately, because of the job that we do, here at Press TV and our position, there have been many stories that have been very, very difficult, very heavy,” she said.

Hashemi describes herself online as having studied journalism at Louisiana State University in Baton Rouge. She converted to Islam in 1982 at age 22 after meeting Iranian activist students in Denver.

Hashemi’s brother, Milton Leroy Franklin of Metairie, a New Orleans suburb, told The Associated Press he knows only what his niece has put on Facebook. He said he believed his sister had been in custody since Sunday.

“We don’t have any detailed information except she’s being held. And her son is being held in a hotel in (Washington) and she’s being held in some form of prison or incarcerated area,” Franklin said. “I’m very concerned. There’s no way of getting any word to her and she can’t send any out, apparently. We’re all in the dark and just waiting and praying that they release her.”

He said she had visited to help plan a family reunion.

“We all got together, a small celebration, and prepared for the next time she would come,” Franklin said. “They detained her on her way back home, from what I understand. We’re looking to find out more.”

She married Hossein Hashemi, whom she had met while in journalism school at LSU; they had two sons and a daughter, Franklin said. He said her husband is dead. His sister remains an American citizen.

Last week, Iran confirmed it is holding US Navy veteran Michael R. White at a prison in the country, making him the first American known to be detained under President Donald Trump’s administration.

“We hope that the innocent person will be released without any condition,” Ghasemi said.

Also in an Iranian prison is Nizar Zakka, a US permanent resident from Lebanon who advocated for internet freedom and has done work for the US government. He was sentenced to 10 years on espionage-related charges.

Former FBI agent Robert Levinson, who vanished in Iran in 2007 while on an unauthorized CIA mission, remains missing as well. Iran says that Levinson is not in the country and that it has no further information about him, though his family holds Tehran responsible for his disappearance. Tehran now says it has no information about him.