VIENNA, Aug. 30 (Xinhua) -- Tehran is still within the nuclear deal and cooperating with the UN nuclear agency to comply with the historic accord, a confidential report of the International Atomic Energy Agency (IAEA) said on Thursday. 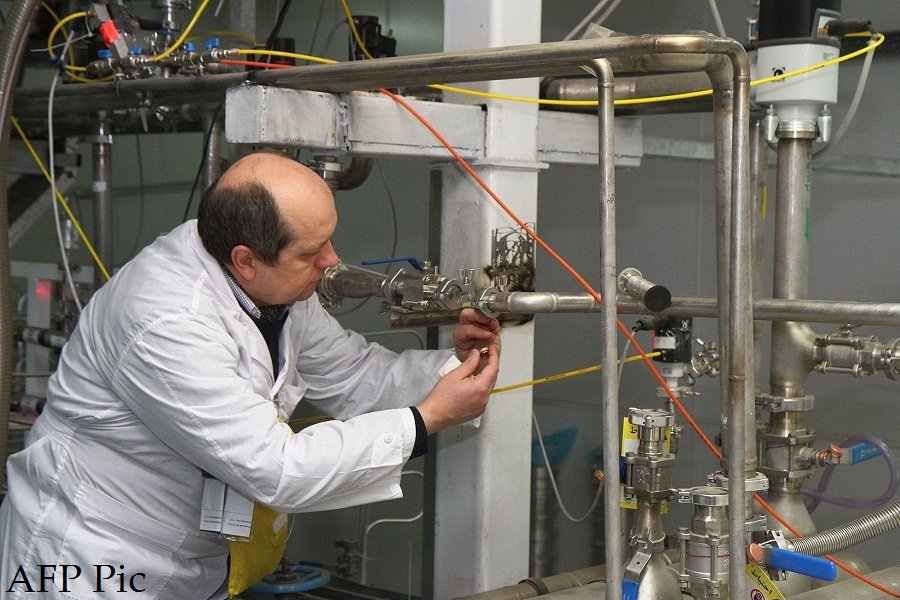 An unidentified International Atomic Energy Agency (IAEA) inspector disconnects the connections between the twin cascades for 20 percent uranium production at nuclear power plant of Natanz, some 300 kilometres south of Tehran on January, 20, 2014 as Iran halted production of 20 percent enriched uranium, marking the coming into force of an interim deal with world powers on its disputed nuclear programme. (Photo: AFP)

The report said no sign shows that Iran broke the deal. Iran complies with the deal in enrichment, research, development and so on.

"Since 16 January 2016 (JCPOA Implementation Day), the Agency has verified and monitored Iran's implementation of its nuclear-related commitments in accordance with the modalities set out in the JCPOA," the report said.

The Vienna-based IAEA is in charge of monitoring the implementation of the Iranian nuclear deal signed in July 2015.

Under the Iranian nuclear deal, Tehran would significantly scale back its nuclear plan, in return, the related sanctions would be lifted.

The nuclear deal, formally known as the Joint Comprehensive Plan of Action (JCPOA), was agreed in 2015 in Vienna by Iran and Russia, China, the United States, France, Britain and Germany. It is designed to prevent Tehran from building a nuclear bomb in return for the lifting of economic sanctions.

However, the US withdrew from the agreement in May and began reimposing sanctions on Iran at the start of August.