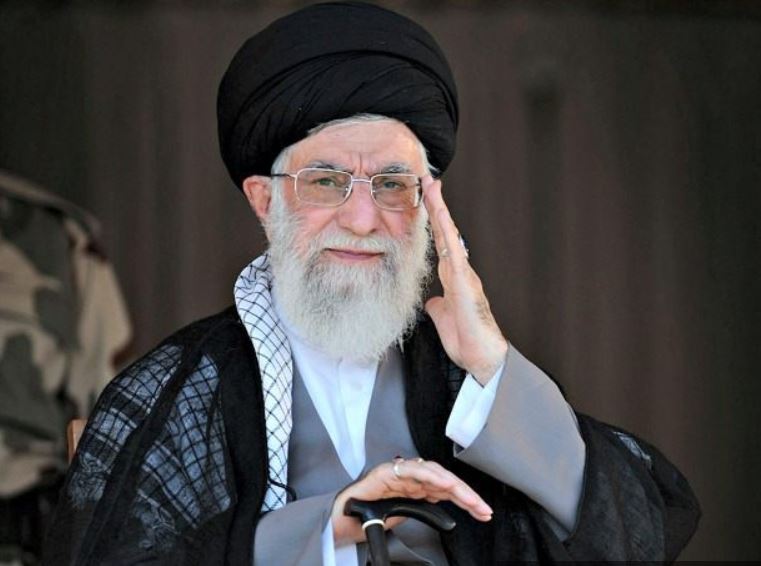 The US has sought "to cripple and hold back Iran's economy" by resorting to sanctions, "but the outcome is that the country moves broadly towards self-sufficiency," Khamenei was quoted as saying.

"In the past, Iranians had become accustomed to importing everything, but now, they are used to producing those things," he said.

The U.S. has always been the "loser" in confrontation with Iran over the past four decades, he added.

Over the past 40 years, the US has resorted to a variety of means, including the military and economic warfare, to challenge Iran's independence, Khamenei was quoted as saying.

"The enemy (the US) sought to restore its dominance (over Iran) but it failed," he added.

The remarks by Iran's top leader came a day after Washington announced the return of its full-scale sanctions against Tehran.

A statement issued by the White House on Friday said that the sanctions against Iran, which will fully take effect on Nov. 5, would be "the toughest" and "unprecedented," targeting many of the country's "critical sectors" like energy, shipping, shipbuilding and finance.

On Saturday, Iran's Foreign Ministry issued a statement, reacting strongly against the re-imposition of US sanctions against the Islamic republic.

"Although the (US) move will, objectively and practically, have few negative consequences for Iran's economy compared with the past six months, it is regarded as a major political and moral scandal for the ruling US regime," according to the statement posted on the ministry's website.

"The US move alone amounts to a violation of the JCPOA (Joint Comprehensive Plan of Action), breach of the UN Security Council Resolution 2231, violation of the ruling of the International Court of Justice (ICC), direct opposite to the clear will of an overwhelming majority of the world's countries and disregard for human, legal and moral principles," it added.

The Islamic republic of Iran condemns the imposition of "illegal" sanctions by the US, the statement stressed.

Iranian Foreign Minister Mohammad Javad Zarif held telephone conversations with the EU Foreign Policy Chief Federica Mogherini and his counterparts from Germany, Sweden and Denmark to discuss Iran and Europe's efforts to counter such US moves, the ministry website reported.

On Friday, Iran's Foreign Ministry Spokesman Bahram Qasemi told state IRIB TV that his country has "no concerns" over the fresh U.S. sanctions on its crude sales and banking sector.

The Iranians will prove that they are not intimidated by the US sanctions which are in effect "psychological warfare," Qasemi said.