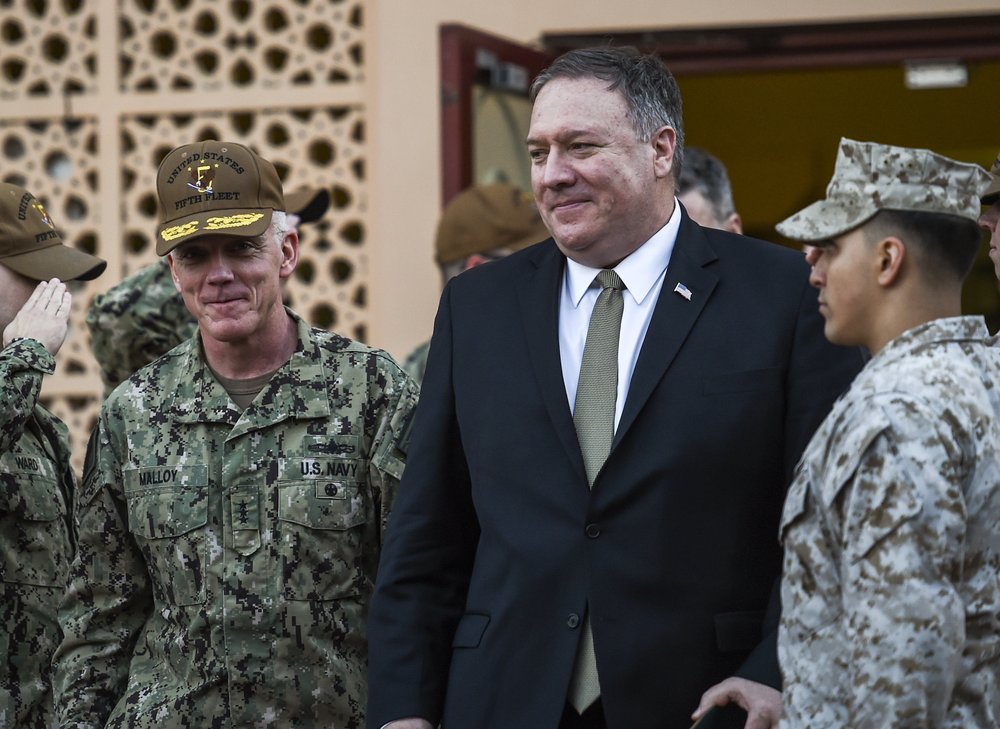 Angered by US Secretary of State Mike Pompeo’s announcement that Poland will host an international conference on Iran in mid-February, Iranian authorities on Sunday summoned Warsaw’s top diplomat in the country and called off a Polish film festival.

Pompeo is currently on a Mideast tour, bringing the Trump administration’s anti-Iran message to the region.

Speaking Sunday on a visit to Qatar as part of the tour, said he hoped the meeting in Poland will allow the world to see “the enormous coalition that is prepared to assist in creating stability and peace here in the Middle East.”

“We’ll work on many issues including how it is we can get the Islamic Republic of Iran to behave more like a normal nation,” Pompeo said.

On Friday, he told Fox News before departing from Cairo that an international conference on Iran and the Middle East will take place in Poland on Feb. 13-14. Among the Mideast leaders invited was Israeli Prime Minister Benjamin Netanyahu, whose attendance might complicate participation by some Arab countries. A senior Israeli official could not comment on whether Netanyahu would attend.

The official IRNA news agency said Iran conveyed its protest over Warsaw hosting the conference to Poland’s Chargé d’Affaires Wojciech Unolt, demanding that Poland not side with this “hostile move” by the United States against Tehran.

The statement quoted an unnamed Iranian official as saying that if the summit goes ahead, Iran will resort to unspecified “counter-action” toward Poland, without elaborating.

Separately, Iran’s culture ministry in a statement said it was suspending “Poland’s Film Week,” supposed to be held in Tehran in late January, until Warsaw reconsiders its position and starts demonstrating “appropriate behavior” toward Tehran.

Poland’s Foreign Ministry in Warsaw could not immediately be reached for comment on Sunday morning. However, Foreign Minister Jacek Czaputowicz said Saturday he hoped the conference will provide a new platform for international dialogue and allow the US and European Union to find a closer position on Iran.

Czaputowicz said Poland supported the EU’s efforts to preserve its nuclear agreement with Iran, but warned the deal alone would not keep Iran from “destabilizing” the region.

After Pompeo’s announcement, Zarif said Friday on Twitter that the conference would bring shame on the Polish government and invoked how during World War II Iran saved Polish lives.

Iran hosted tens of thousands of Polish war refugees who were brought to the country after surviving work camps in the Soviet Union and before they migrated to then-emerging Israel, New Zealand and some African countries. Scores stayed on after the war, choosing to reside in Iran.

Tehran and Warsaw have had good relations. The balance of trade between the two nations was $230 million in 2017, up from 80 million in 2015 when Iran and world powers agreed to a landmark nuclear deal that curbed Tehran’s nuclear program in return for lifting harsh economic sanctions.

Under President Donald Trump, the U.S. pulled out of that accord in May 2018 and imposed new and tougher sanctions on Iran last fall.

On Sunday, Pompeo was in Saudi Arabia, Iran’s regional archrival, where he is expected to call for increasing pressure on Tehran and promote a US -backed initiative to form what some have termed an “Arab NATO” that would bring the region together in a military alliance to counter threats from Iran.