WORLD Iran: Talks with US possible if they lead to tangible results

Iran: Talks with US possible if they lead to tangible results 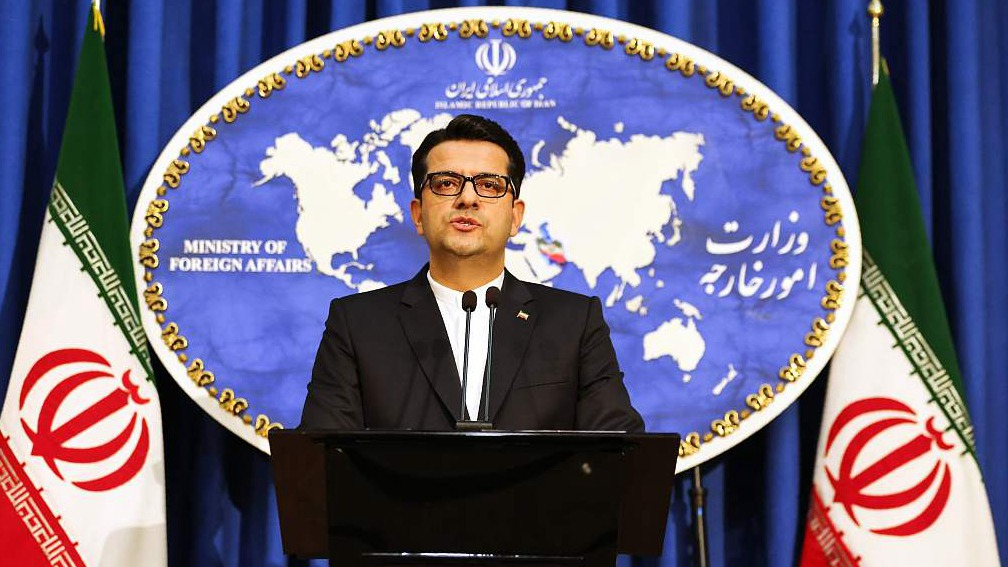 Abbas Mousavi, the spokesman for Iran's Foreign Ministry, gives a press conference in Tehran on May 28, 2019. (Photo: VCG)

Talks between Iran and the United States would be possible if they are based on an agenda that could lead to tangible results, but Washington is not seeking dialogue, Iran's Foreign Ministry spokesman Seyyed Abbas Mousavi said Monday.

The US President Donald Trump has said he's willing to hold talks with the Islamic Republic.

"Dialogue and negotiation can be held when we have a certain agenda in place and when we could get some tangible and practical results out of it," Mousavi said in a news conference broadcast live on Press TV.

Tensions have been running high between Iran and the United States since the US withdrew from a landmark 2015 nuclear deal last year and reimposed biting sanctions against Iran as part of a "maximum pressure" campaign.

Iran's President Hassan Rouhani said last week Iran is ready for "just" negotiations but not if they mean surrender.

"As long as I have the responsibility for the executive duties of the country, we are completely ready for just, legal and honest negotiations to solve the problems," Rouhani said, according to his official website.

"But at the same time we are not ready to sit at the table of surrender under the name of negotiations," Rouhani said.

Heavy water can be employed in reactors to produce plutonium, a fuel used in nuclear warheads, ISNA said.

Parties to Iran's 2015 nuclear deal met in Vienna on Sunday for emergency talks called in response to an escalation in tensions between Iran and the West that included confrontations at sea and Tehran's breaches of the accord. China, Britain, France, Germany, Russia and Iran have been trying to salvage the pact.

During the meeting, China called on all parties to maintain calm and restraint, ease the current situation, and take their respective responsibilities, Hua Chunying, a spokeswoman for the Chinese Foreign Ministry said Monday.

Unilateral sanctions and long-arm jurisdiction by the US are the roots of the tension and China hopes all parties exercise restraint and play a positive role for the peace in the Middle East, the spokeswoman said.