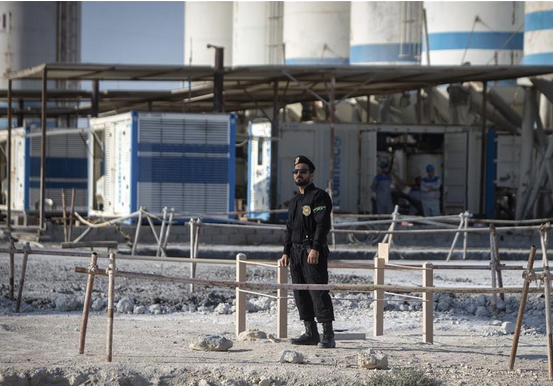 TEHRAN, Dec. 22 (Xinhua) -- The secretary of Iran's Supreme National Security Council said on Sunday that Iran will take the fifth step of scaling back its commitments under a landmark 2015 nuclear deal, Press TV reported.

After the U.S. pullout, the three European parties vowed to guarantee Iran's economic interests in accordance with the nuclear deal, known as the Joint Comprehensive Plan of Action (JCPOA), but they have so far failed to implement practical measures to save it, said Ali Shamkhani.

"It was U.S. President Donald Trump who started to reduce the JCPOA commitments by leaving the JCPOA and after that, Europe completed the U.S. measures by ignoring its commitments," Shamkhani noted.

"If the Europeans fail to fulfill their obligations, we will take the fifth step," he warned.

Besides the latest move to begin enrichment activities in underground Fordow nuclear facility, Iran has started to build stockpiles of nuclear fuel and enrich low-grade uranium to a higher level of purity.